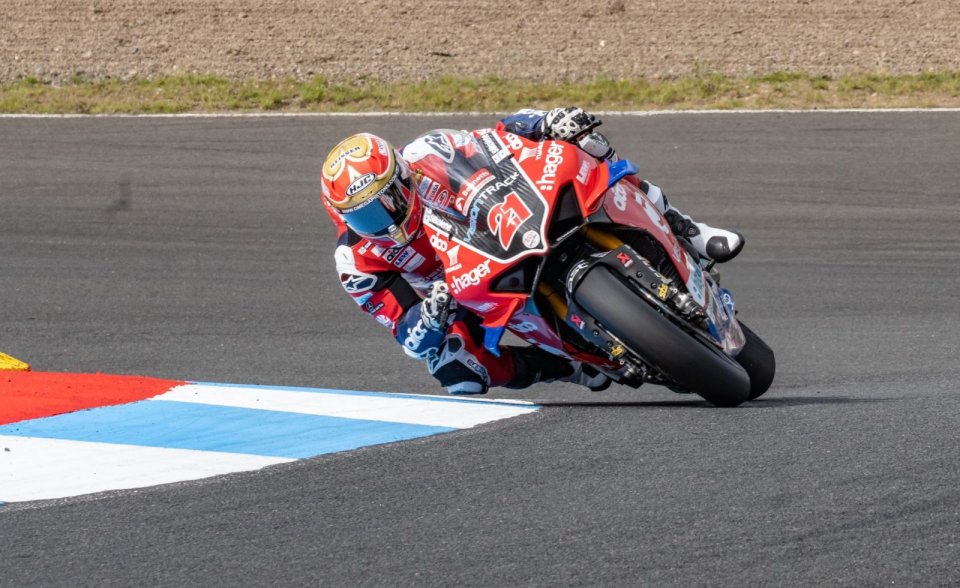 The start of the 2021 British Superbike season seems to be becoming an entirely two-way affair. While Jason O'Halloran monopolized the scene in Oulton Park thanks to his triple win, this afternoon in Knockhill (home of the second of the eleven scheduled rounds) we witnessed the revenge of Christian Iddon, who capitalized on the mistakes of the others to take the Borgo Panigale bike back to the top of the podium. 20 very close-fought laps, without a moment's respite, with three riders who reached the finish line within just half a second (!!) and as many different brands on the podium (Ducati-Yamaha-BMW) demonstrating the maximum equilibrium in BSB.

"No Scotland, no party"

On the eve of the Scottish weekend, Race 1 was expected to be an exciting one and so it proved. The short 2.039 km track located near Edinburgh always produces great racing and this time it was a tough three-way battle for victory right from the start. In a race postponed for a few minutes due to a problem with the starting lights and subsequently shortened by two laps, Iddon, O’Halloran and Buchan put on a great show.

Edged out on three separate occasions in the previous round, this time the VisionTrack PBM Ducati man wanted to put more pressure on the championship leader, making his move on lap 3 at the entrance to Duffus Dip. From that moment on, he managed his Pirellis and the situation, albeit with a bit of luck: thanks to some uncertainty at Taylor's Hairpin, Buchan took the opportunity to move into the lead, only to ruin everything by almost ending up on the ground in the same point and doing a Marquez-like save.

Three in half a second

Slipping to fourth place, as the laps continued, the SYNETIQ BMW by TAS Racing rider recovered ground, thus forming a leading trio. At the chequered flag, Iddon was 348 thousandths ahead of O’Halloran (McAMS Yamaha) and 445 ahead of Buchan, who scored his first podium aboard the M1000RR. It was a terrific finish, but this is par for the course in BSB. For the Ducati man it was the second success in his career (both for Paul Bird’s team), while O'Show consolidated his leadership, now at +10 over his rival, bringing home vital Podium Credits with a view to the Showdown.

The protagonists of BSB will be back in action tomorrow for the remaining races of the weekend: at 2.30 pm the start of Race 2, at 4.30 pm that of Race 3. 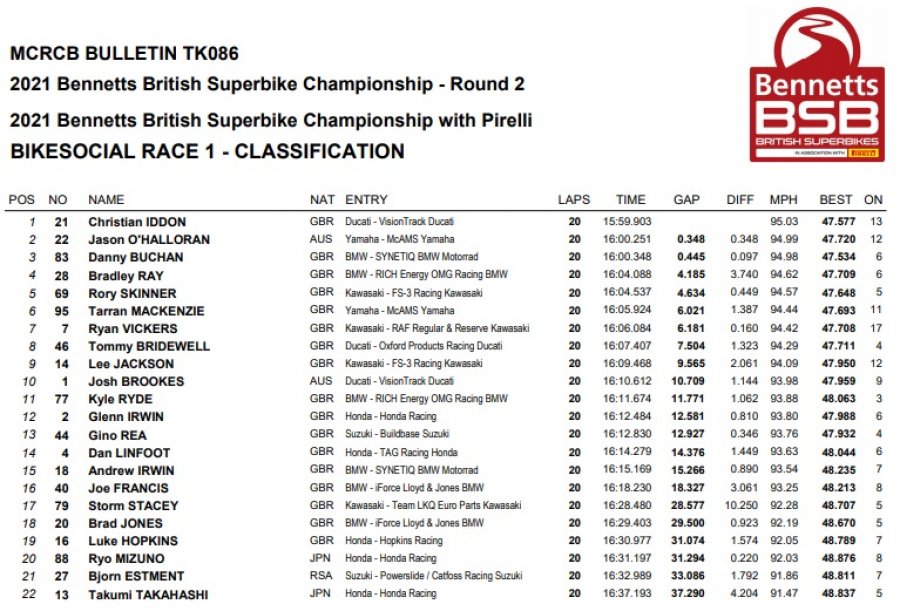