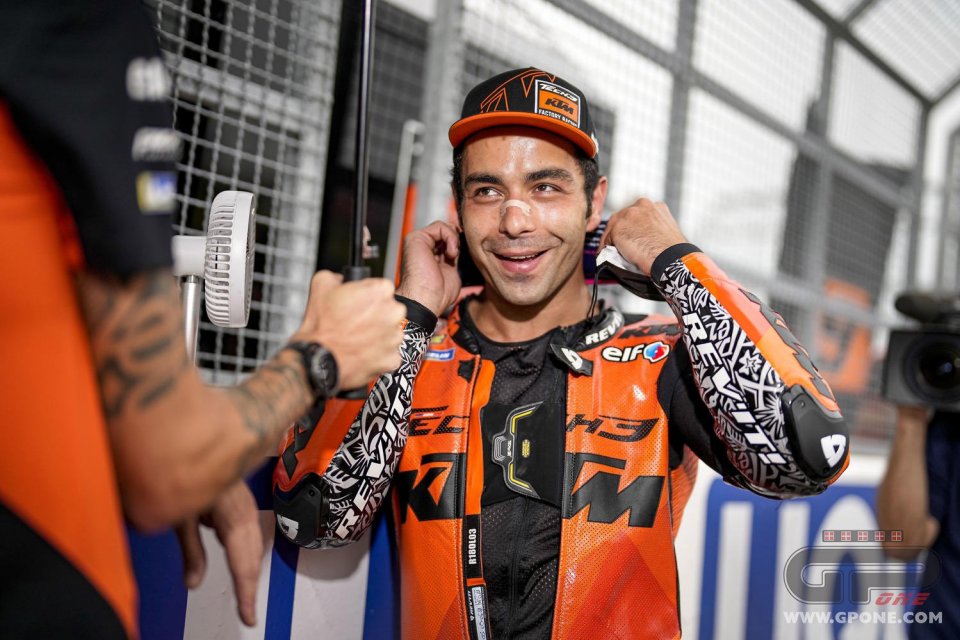 Danilo Petrucci is waiting to hear about KTM's decision regarding his stay in Hervé Poncharal's Tech 3 team, but in the meantime other options are opening up for him.

For the man from Terni, one of the few MotoGP riders to have scored GP wins, it seems that two factory Superbike teams are upping the pressure on him and would also be willing to quickly close the deal.

From what GPOne.com has been able to find out, Petrux, however, before making any decision wants to wait at least until the end of August and the 'double-header' at the Red Bull Ring.

His MotoGP season with KTM is not going as he hoped for at the moment, but the Mattighofen manufacturer is working hard to meet his requests, largely ergonomic. After all, Danilo's expertise was most evident at Le Mans where he achieved his best result of the season so far, a fifth place behind Miller, Zarco, Quartararo and Bagnaia.