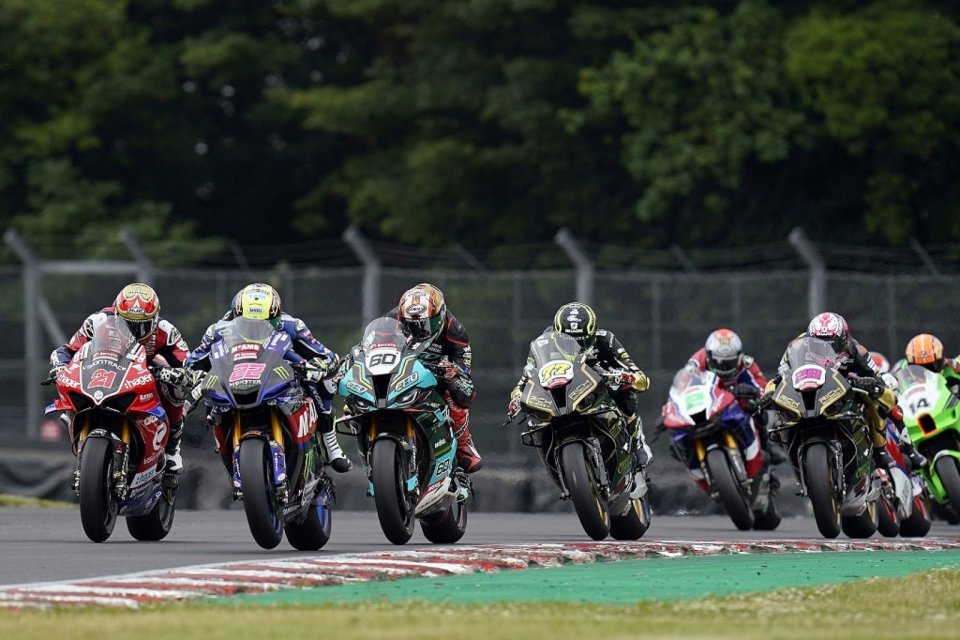 Absent from last season's calendar due to the COVID-19 emergency, this weekend British Superbike is preparing to return to Scottish soil, at the Knockhill track, home to the second of the eleven 2021 events. Throughout its history it has always produced exciting racing, full of overtaking and surprises, which seem to be a mainstay of the UK’s domestic championship. The usual 29 starters are ready to do battle, starting with the one who is at the top of the ranking, namely Jason O'Halloran.

After dominating the pre-season tests, two weeks ago the McAMS Yamaha rider monopolized the scene in Oulton Park, scoring a hat-trick of wins. By virtue of these performances, aware that he has an awesome technical package such as the YZF-R1 at his disposal, the Australian certainly wants to continue the positive trend (which sees him as the most in-form rider of the moment) also on the short circuit located near Edinburgh.

Ducati, out for revenge

If O’Show aims in no uncertain terms to confirm the good results expressed in the previous round, inside the VisionTrack PBM Ducati box you can breathe a diametrically opposite air. Edged out on three separate occasions, Christian Iddon seeks revenge against O'Halloran, while reigning champion Josh Brookes is expected to turn over a page following his disappointing start to 2021. Keep an eye out for Tommy Bridewell (Oxford Racing MotoRapido), fresh from pole position and two third places, as well.

On the occasion of one’s home Grand Prix there is a tendency to go the extra mile, and Tarran Mackenzie and Rory Skinner know this perfectly. The second McAMS Yamaha rider proved to be competitive on the ups and downs of the Cheshire track, now all that remains is a podium in an attempt to keep up with his teammate. As for the FS-3 Racing Kawasaki rookie, still getting to grips with the new Ninja ZX-10RR, he aims to be the big surprise. After missing the three opening races due to a crash, resulting in damage to the scaphoid, Xavi Forés (FHO Racing BMW) is ready to return on the track where he obtained pole and third position in Race 1 in 2019.

Unlike 14 days ago, this time only 1,000 spectators will be able to access the circuit each day, the result of the anti-COVID-19 restrictions still in place and taken by the local government. A real shame considering the typical atmosphere in BSB, but the championship will have to wait for the next round at Brands Hatch in late July to fully open its doors. That’s not the only thing new, because (exceptionally) the Knockhill weekend will take place on Saturday and Sunday, instead of Friday. For this reason, tomorrow, BSB teams and riders will have to work overtime with two free practice sessions, qualifying and the first of three races in 24 hours. 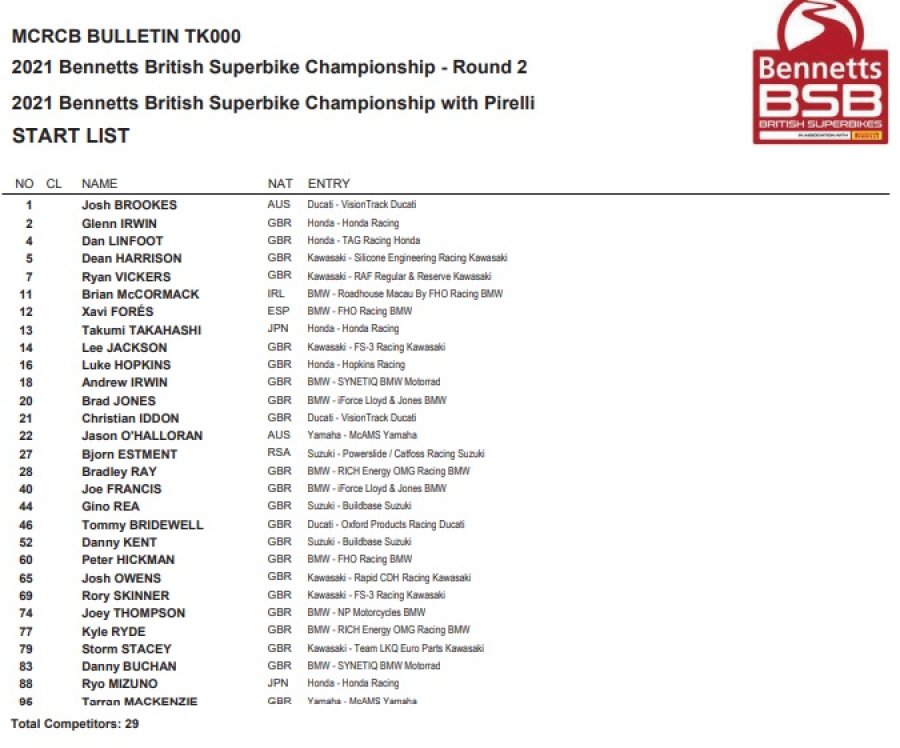 Bagnaia convinced 2021 feelings are back and now everything is easier