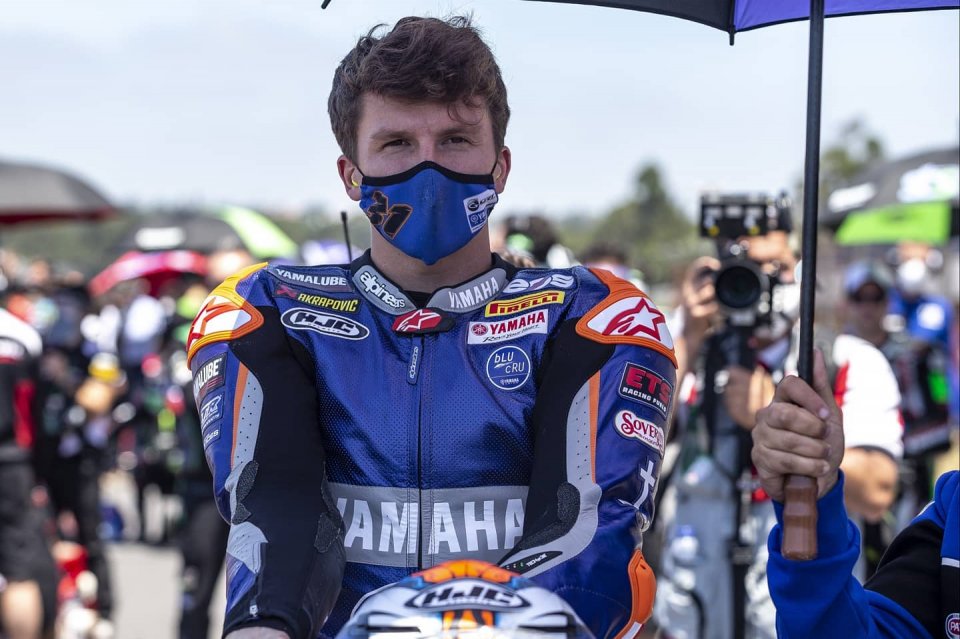 After the negative English Saturday, today was a diametrically opposite day for Garrett Gerloff. A second place behind his teammate, Toprak Razgatlioglu, isn’t that bad, even if the American rider showed a hint of bitterness at the end of the second “long” race during the Donington Park weekend, thanks to an uphill start in which he was blocked by Tom Sykes’ M1000RR for most of the laps.

“I’m happy to be back on the podium after last year. Unfortunately, we struggled more than expected in this start of 2021. A number of problems have slowed us down,” he began. “Today, fortunately, we succeeded in our intent. Even  I could have stayed with Razgatlioglu. I wasted time with Sykes, and the bad start penalized me.”

Last season, the GRT Yamaha Team rider had impressed everyone his skill in speed, especially in the final part.  But, as mentioned, something went wrong in the previous rounds.

“It didn’t go the way we wanted. I hope that things will improve after this weekend. Obviously, the goal is to fight for the top positions, so constantly for the podium.”

Gerloff feels at home in the satellite team and doesn’t see a difference compared to the official line-up.

“I ride a factory YZF-R1. We have nothing to envy them, because we receive the same treatment from Yamaha. With the team and my crew chief, we’re doing a great job, I really appreciate it. I feel the passion they put into trying to give me a competitive technical package. I feel at ease,” he concluded.