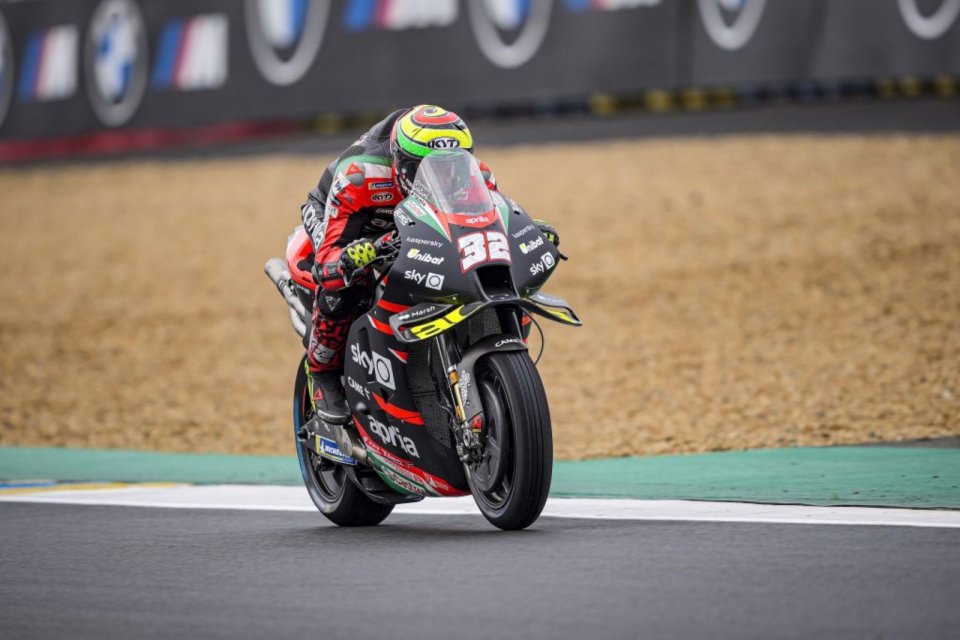 Last weekend the CIV Italian ​​Championship was at the glorious Enzo e Dino Ferrari International Circuit in Imola, home to the third of the six 2021 rounds scheduled on the calendar. Offering a full program with spectacular races, it also saw the presence of Lorenzo Savadori.

Outgoing Superbike champion with the Nuova M2 Racing team and current Aprilia rider in MotoGP, he met up again with his former acquaintances in the championship where he raced for five years, and awarded the trophies for the Aprilia RS 660 Cup.

"I am happy to be back in the CIV paddock, to say hello to all the members of the team with which I won in 2020 and to see the one-make trophy race - he said - I tested the 660cc on several occasions, the last in Misano, and in the changes of direction it is not as heavy as what one might think ".

On his permanent debut in the top class, the Cesena rider analysed this first half of the season. Initially in difficulty due to a shoulder injury, as the rounds have gone on he has become more and more confident on the RS-GP, so much so that he has scored three top-15s and a 14th place as the best result.

"Unfortunately, the physical mishap I had in February conditioned me in pre-season tests and the three or four opening races - he specified - now I'm fine and, overall, I'm satisfied because I'm gradually getting closer to the rest of the group. You can always achieve something more, of course. I am convinced that, after the summer break, we will take another step forward ”.

From his past in the 125cc World Championship, World Superbike and the MotoE World Cup, last year he monopolized the scene in CIV SBK with six wins in eight races, subsequently receiving an offer to make his debut in MotoGP in place of Bradley Smith (in turn substitute for Andrea Iannone). The transition from RSV4 to RS-GP turned out to be tough.

"It is not easy for a rider like me to come to MotoGP from the Italian championship - he continued - right now I'm trying to adapt to certain situations such as totally different bikes, riding styles, tires and categories". 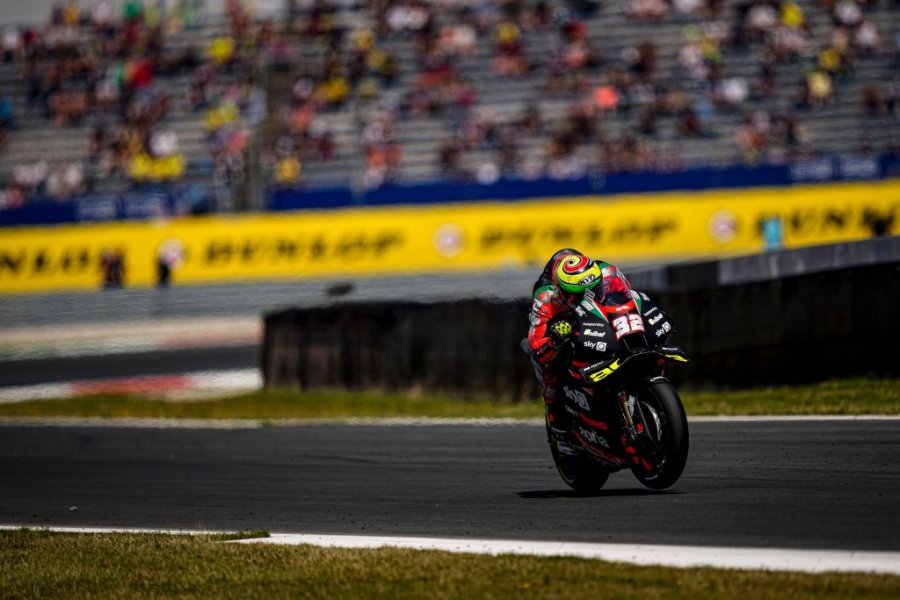 Accustomed to SBK, MotoGP required some forced refinement and “Sava” knows it well.

"Nowadays you have to be precise and delicate, the main goal is to perfect these two aspects. In Superbike the bike allows you to push almost beyond the limits, while in MotoGP it is essential to have a clean riding style to be competitive and not lose tenths along the lap ”.

In fact, each session produces a tight classification, often with the vast majority of the grid less than one second behind the leader.

“The level is very high. For some years we have been witnessing this type of trend, the gaps are very close and will be even more in the future. As for me, I was expecting it and had taken it into account. It’s a major move, but we are getting positive feedback ”.

From the test carried out in 2019 in a torrid Malaysia, the 28-year-old has come a long way, a similar story for the Veneto four-cylinder bike.

“The RS-GP has improved a lot from the previous versions. To date it has been fast in all types of tracks and conditions, which is a positive note. Looking back at the tests carried out in Sepang two years ago, the technicians have made a considerable aerodynamic update, the two bikes do not even seem related ”.

Savadori has proved to be at ease, especially on the slippery asphalt, like his performance at Le Mans where (somewhat surprisingly) he even managed to get into Q1 thanks to the best time.

"Unlike in the dry, in the wet there are movements that resemble the style of the production-based bikes - he pointed out – it’s not that the realities are close to each other, but the bike’s movements are very reminiscent of those typical of Superbike. ".

The MotoGP circus is currently on vacation, even though the month of June was really busy in terms of announcements, Gresini-Ducati in the first place.

“To be honest, I am disappointed that the Gresini Team does not continue its collaboration with Aprilia which has been going on since 2015. In any case, I wish them good luck. I share Aleix's thoughts as bringing four bikes to the track would have speeded up and facilitated development. Having said this , in my small way nothing changes, the season is long and I want to show my potential ”.

At the same time, rumours are intensifying that Maverick Vinales might join Aleix Espargaro in 2022. It is difficult to distract attention, but Savadori has clear ideas about this.

"I am not interested in the market chatter of the last few days, my job is to compete, there are numerous Grands Prix ahead of us and I will give my best until the end of 2021. The important thing is to stay in MotoGP and my rapport with Noale will continue regardless. My mind is already turned to the double Grand Prix at the Red Bull Ring, where I’ve only raced in MotoE ”, he concluded.