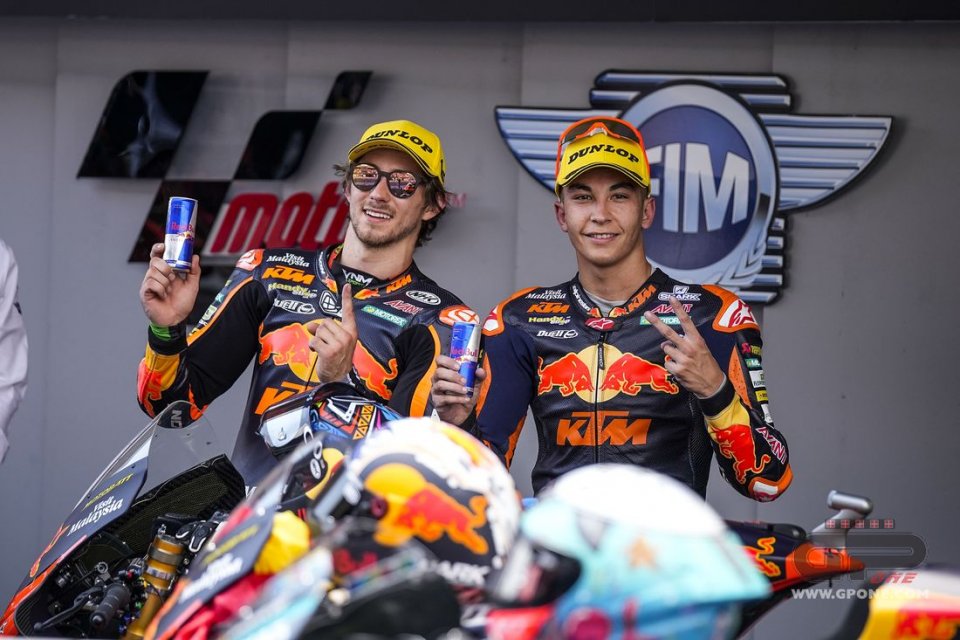 Remy Gardner is no longer just Wayne’s son, but the rider who’s commanding the Moto2 championship, and with a contract that’s already signed for the MotoGP next year. The Australian rider rose through the ranks before entering the Ajo team and proved that he definitely deserves it. And he also found a tough nut to crack in the garage, Raul Fernandez, who’s also his main rival for the title. So the summer break will the right time to take stock of the situation for this first half of the season.

What was the best moment for you in the first nine races?
“If I had to choose just one, I’d choose the victory in Barcelona. I really enjoyed my race and, since I live nearby, I was able to celebrate the victory with some friends that day.”

What did it mean for you to become the first Australian to win three consecutive Moto2 races?
“It means that we’re doing our job really well. We have to continue like this and work the same way to maintain this series of positive results. It’s a source of pride for me to represent my country this way.”

What did joining the Red Bull KTM Ajo team give you?
“The team gave me a lot of professionalism. Aki knows how to get the most out of every rider. The way they work is great. They’re very efficient and organized. I hope all this effort is reflected at the end of the season because, in a class like the Moto2, everything matters.”

What does it mean for you to have a strong teammate like Raul Fernandez?
“He’s positive so you can learn from him. That’s why the team is so strong this year, because we’ve gained new knowledge about each other and the style that each rider has. This takes our level higher, which is really good for us.”

What would you like to improve after the summer break?
“I’d like to improve my qualifying performance. This doesn’t mean that we’ve been wrong so far, but Raul is used to going a couple of tenths faster than me. In the second half of the season, we’ll work to improve in the flying lap.”

What’s your goal for the rest of the season?
“Keep up the work and results we’ve shown so far, to repeat what we’ve done in the first part of the season. It’ll be important not to make mistakes and always score points. The idea is to get to Valencia fighting for the championship.”

How will you spend the five weeks of your summer break?
“I intend to take the opportunity to travel and switch off for a few days. I want to enjoy some fishing, wakeboard, spend time in my garage working on the cars I’m restoring. When I return, I’ll train hard to prepare for the two races in Austria, which will be very important for us.”