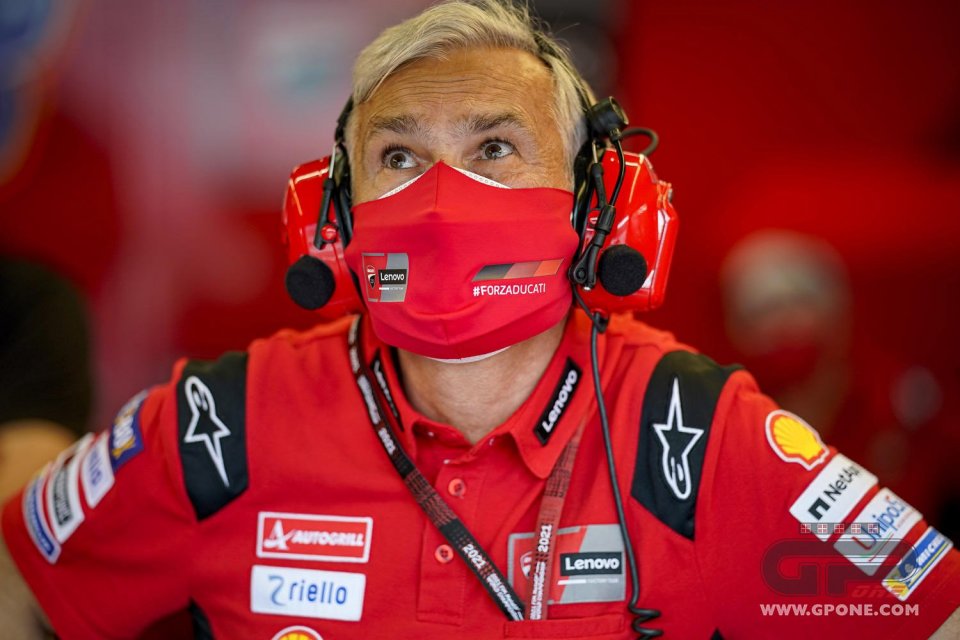 Maverick Vinales remains the topic of the moment in MotoGP. For now, his future remains shrouded in mystery and in a season that theoretically should have been 'quiet' from the rider market point of view, the separation between Top Gun and Yamaha has undoubtedly upset the plans of many of the protagonists.

The M1 seat left free by Vinales will certainly be a magnet for those riders who may not be totally satisfied with their current technical situation but we will probably have to wait a few weeks before understanding what the future scenarios might be. Davide Tardozzi has also been speaking about the matter to the microphones of Sky TV, obviously without revealing anything. Maverick was in fact a past obsession of Gigi Dall'Igna, who in 2019 tried in every way to grab him from Yamaha without succeeding.

The only free Ducati could be one of those destined for Valentino Rossi's new Team VR46 Aramco, but Tardozzi obviously did not want to leave too many doors open, suggesting that Aprilia would probably be the best solution for the Spanish rider right now.