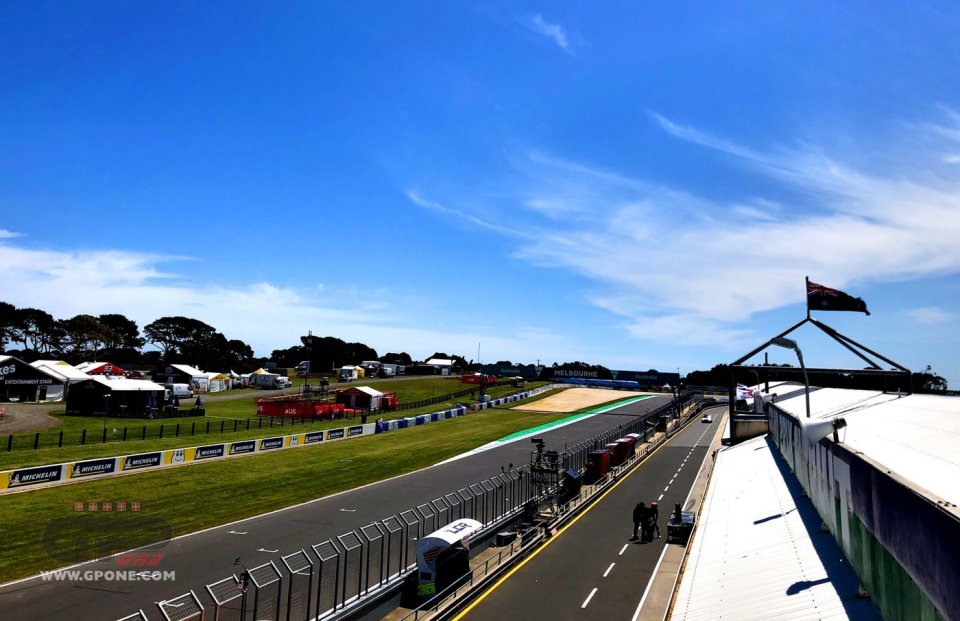 Bye bye Phillip Island, if it goes well we will see each other again next year. The cancellation of the Australian GP was almost taken for granted, but now it's official. A cancellation that has led to a shift in the calendar with now Thailand and Malaysia one after the other. A move to Sepang, moreover, not yet one hundred percent certain.

On the other hand, the postponed GPs will definitely be cancelled: Indonesia and Argentina, while the GP in Austin is still on the calendar. However, 19 appointments would be a great result for Dorna and FIM in a year that is still affected by the pandemic.

The FIM, IRTA and Dorna Sports regret to announce the cancellation of the Red Bull Australian Motorcycle Grand Prix. The ongoing Covid-19 pandemic and resulting travel complications and logistical restrictions mean it has not been possible to confirm the viability of the event at this time, and it will therefore not feature on the 2021 calendar. The FIM MotoGPTM World Championship looks forward to returning to race in front of the Australian fans at the spectacular Phillip Island Grand Prix circuit in 2022.

The 2021 Malaysia Motorcycle Grand Prix has therefore been brought forward and will take place a week earlier than previously scheduled, from the 22nd to the 24th of October – the weekend immediately following the rescheduled OR Grand Prix of Thailand.

In addition, the FIM, IRTA and Dorna Sports are delighted to confirm the addition of the Grande Premio do Algarve to the 2021 FIM MotoGPTM World Championship calendar. MotoGPTM will return to Portimão from the 5th to the 7th of November, the week preceding the Gran Premio Motul de la Comunitat Valenciana, as the iconic Autodromo do Algarve welcomes MotoGPTM back for a second Grand Prix this season. 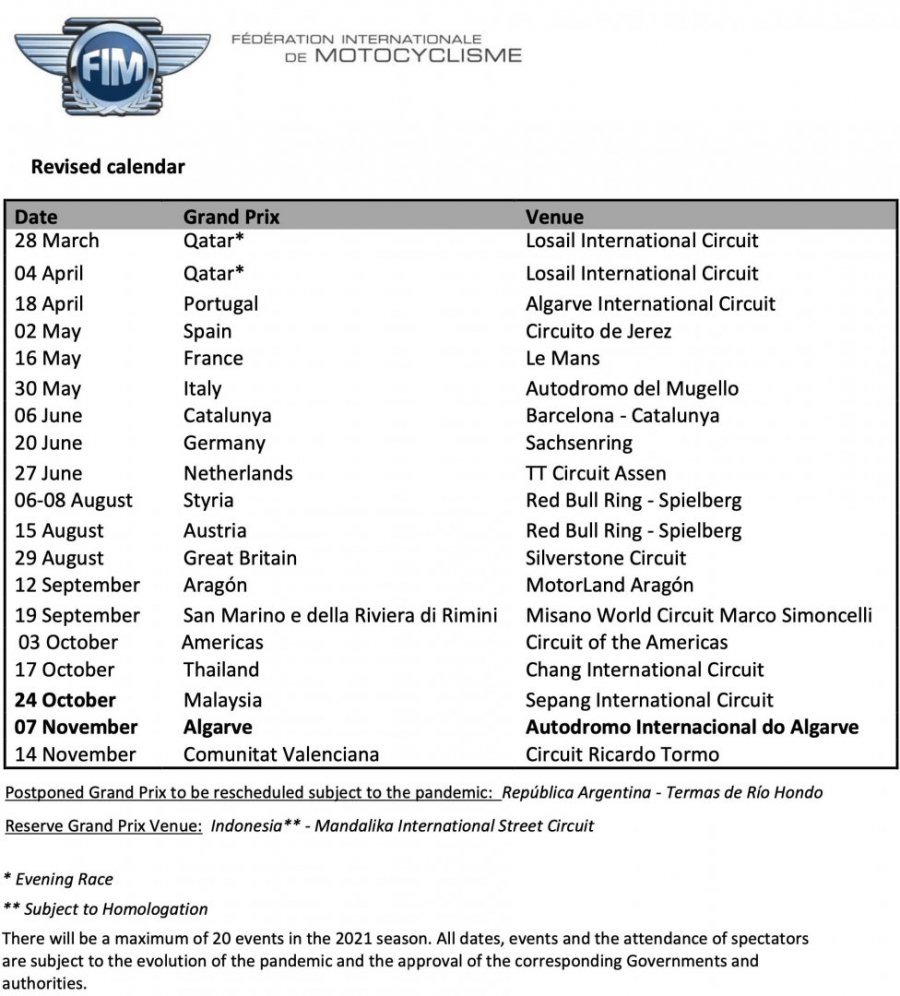