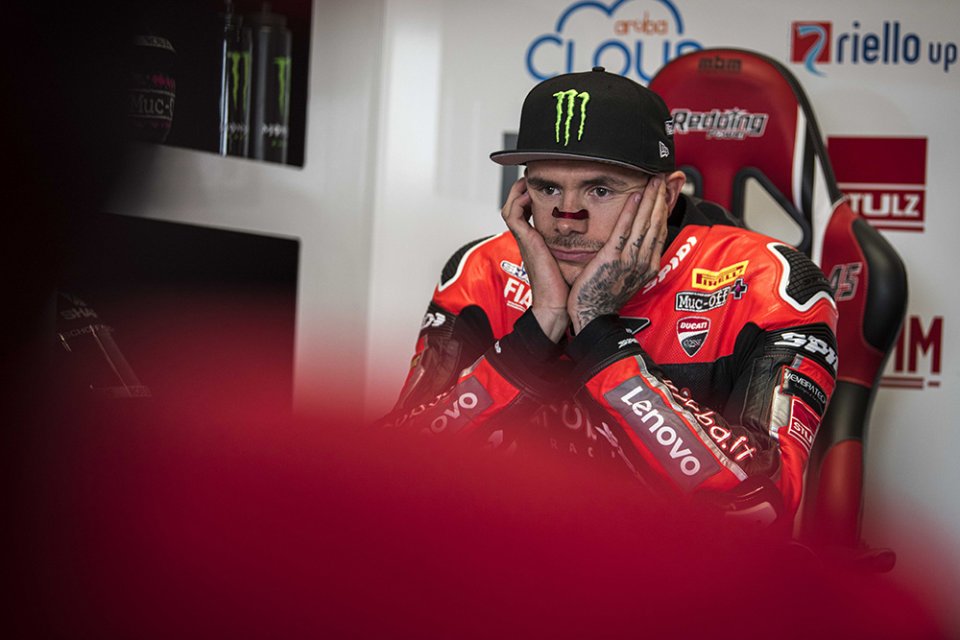 Redding was not a prophet in his homeland, as the saying goes, on the contrary he undoubtedly experienced the worst weekend of the season in Donington. It was only in Race 2 that he managed to muster up a shred of a smile again, after his last place in the Superpole Race. On the last occasion, Scott even came close to the podium, but he was unable to reach it despite the fact that he needed it really badly.

“The Superpole Race was a real disaster, it was my mistake to choose the wrong tire and I couldn't do anything - explained the Ducati rider - For Race 2, for the first time I had good sensations on the bike after struggling all weekend with engine braking, I couldn’t control the bike in corner entry. This morning we managed to improve a bit and it went quite well. "

However, a fourth place does nothing to modify an undoubtedly negative result sheet.

“I'm frustrated with my performance over the weekend, it was really tough for me, I couldn't improve - he continued - I had to force the bike to do what I wanted, I don't think this is a good circuit for Ducati, even the other riders struggled. I wanted to get onto the podium, I tried until the last lap and I came close, but I didn't make it. "

The Panigale is undoubtedly a fast bike, but it seems to suffer from too many ups and downs.

“The problem seems to be that the set-up we used at Estoril didn't work at Misano and the one at Misano didn't work here – was Redding's explanation - We always start far away, last year the bike was easier, it was more forgiving, now instead it's either very good or very bad, there is no middle ground. Other manufacturers have improved, Yamaha seems to have taken a step forward, even BMW. Ducati's problem is that everything can change from one circuit to another. "

Now Scott is 66 points behind Razgatlioglu but he is certainly not giving up.

"The goal is always the championship, in SBK there are a lot more points than in MotoGP, even if you are 60 points behind you could make them up in a weekend and get back into the game - he said - It will be difficult, but I don't want to say that it is impossible. For sure Toprak is very consistent and Rea made a mistake perhaps because he was put under pressure, from what I could see. Let's see what happens now, maybe I won't be in the game, but I think it's hard for Jonathan to accept this mistake, now he's under pressure and it won't be easy for him."

Rinaldi: "I will be able to improve, but I still have to understand some details" 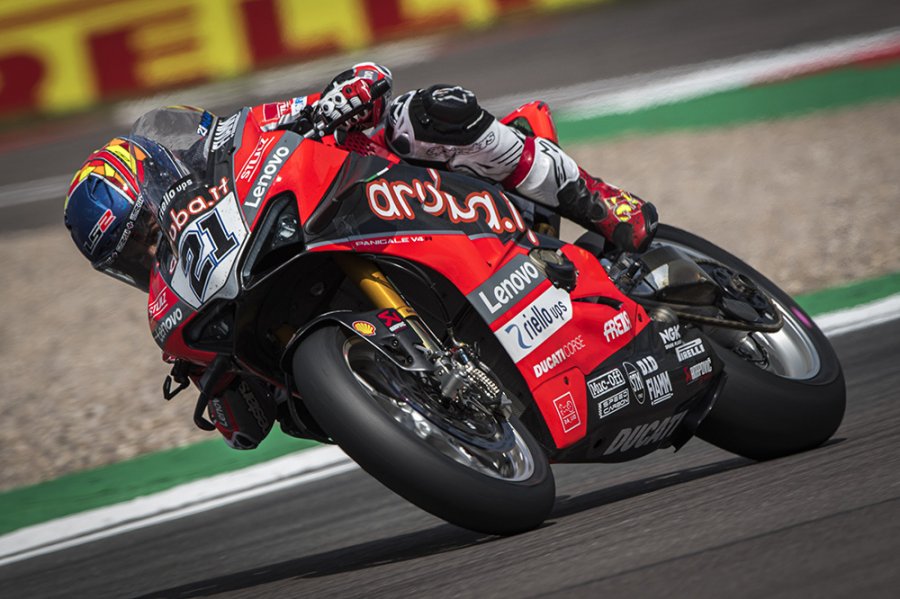 Not even on the other side of the box were they very happy. Michael Ruben Rinaldi picked up very little in the way of results today, a 10th and an 8th place that were definitely below his expectations.

"Unfortunately it was a very strange weekend, with variable weather conditions that did not allow us to work properly - explained the Italian - There were also two strange races, with wet asphalt, in which it was difficult to choose the tires. and I was a bit too careful in the first laps of Race 1 and Superpole Race, losing many positions. They were unusual races on which I don't want to concentrate too much, although there is room for improvement ”.

“I am not and cannot be happy with the final position, but I understood a lot of things that I hope will help me in the future. I think I can do well, but I absolutely have to understand some details. I am a bit disappointed for the weekend, but I am still 5th in the championship and in the next races I will have to collect as many points as possible" is his goal.

Redding: “These are the results you need to fight for the title”

Redding: “I enjoyed it so much that I ran out of gas on the track”

Redding: “I chose BMW because it was the only manufacturer that really wanted...

Redding celebrates in Most by asking his girlfriend to marry him!