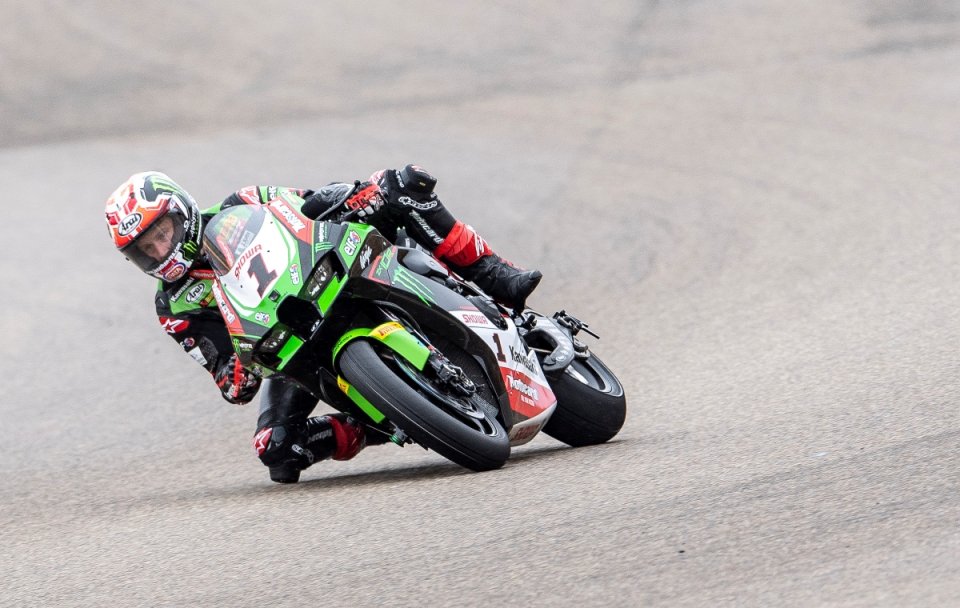 And, in the end, the rain also came and messed up the plans of teams and riders at Donington. An FP3 with the weather taking center stage, so much so as to put everyone to the test. And  Scott Redding knows something about it, since he fell at Turn 11, but without any consequences.

It’s a pity that his turn ended early, and that he had to settle for a twelfth time, more than five seconds from the top. In fact, Johnny Rea is leading, and he proved to be an amphibian in these conditions, to the point of whipping everyone into shape with a time of 1’41”433.

The Cannibal was the only one to ride under 1’42”, trimming well over a second from the first of his pursuers. We’re talking about Alex Lowes, who managed to precede Leon Haslam’s Honda, who was at ease in these not-so-simple conditions. Tom Sykes then appeared behind the first three, pursued by the first of the Yamahas, Garrett Gerloff’s.

Despite the two and a half second gap, the American rider got the better of a surprising Axel Bassani, the fastest of all Ducatis on the Motocorsa V4. And to undermine him closely there was Chaz Davies, then Toprak Razgatlioglu who, on wet asphalt, struggled to keep up with the best. Closing the top ten were Alvaro Bautista and Andrea Locatelli.

Finally, it was an uphill climb for Michael Rinaldi, 16th behind Mossey, with a delay of almost seven seconds, while Rabat was 18th, and Jonas Folger fell. Now the spotlight is on the Superpole, which will decide the Race 1 grid. 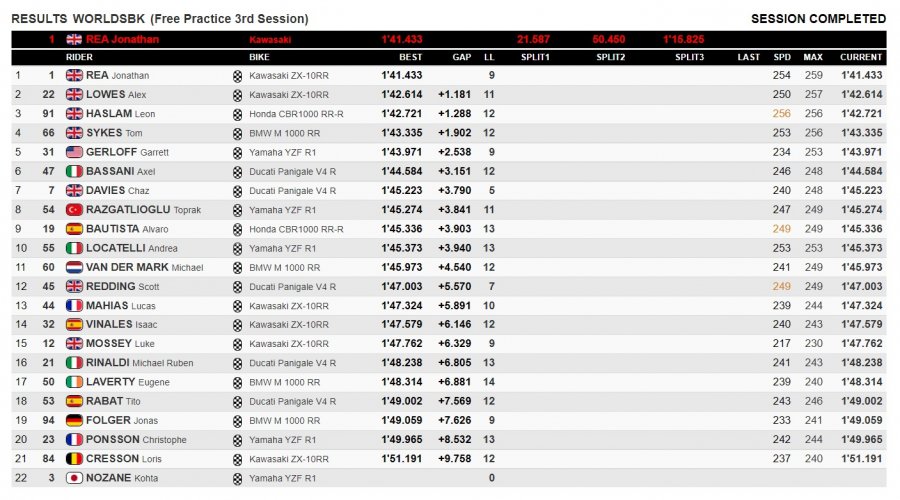 Toprak Ratzatlioglu stunts on scooter and it's a frenzy at Donington