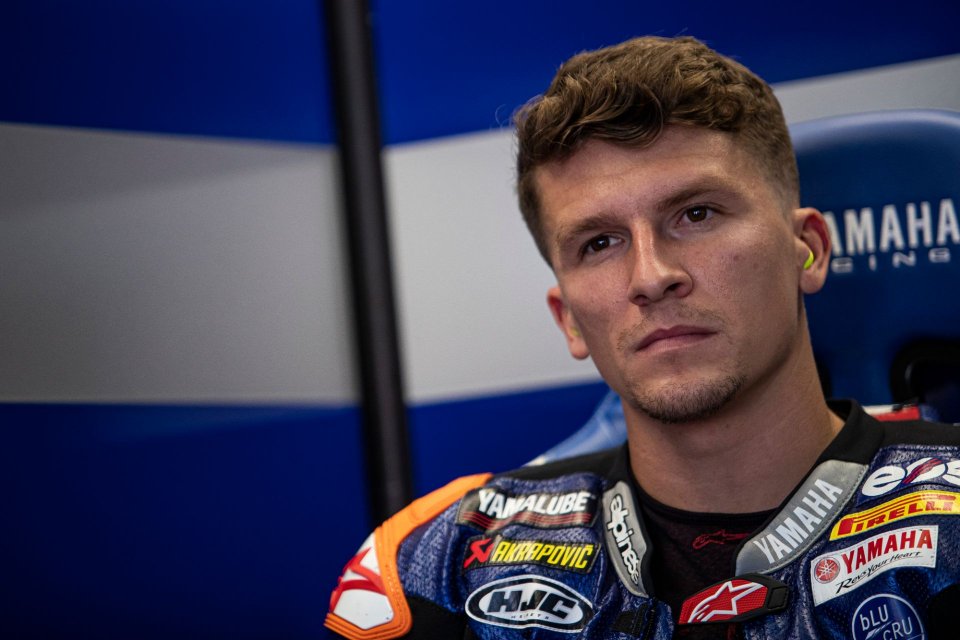 It’s his first time in Donington and, consequently, everyone was eager to see him at work. Hats off to Garrett Gerloff’s performance, as he put the competition in line on the Yamaha.

The American rider, fresh from the Assen GP with Petronas, has shown that he knows how to quickly become familiar with the track, so much so as to control the competition.

“I didn’t do that bad for the first day,”  the GRT rider began. “Yesterday I did a walking lap of the track and, today, I went out on the track with the bike. I tried to learn the track quickly, and the situation was a bit complicated this morning, given the poor grip. The situation has definitely improved in the FP2, where I became more confident with good feelings.”

Garrett then makes a comparison.
“Donington reminds me of some MotoAmerica tracks, such as Virginia or Pittsburgh, since there are some points in common. I have to say that the track is very smooth, even if I suffered in the final stretch. In fact, I prefer the initial part of the track, but I’m enthusiastic.”

Finally, he spoke about the Assen weekend.
“This is the third track I’ve learned in ten days. Since last weekend, I met the TT, today Donington and, before that, Navarre. It’s obvious that if you know your bike, that is, the SBK, the situation is completely different compared to the MotoGP. But, I have to admit that jumping from one bike to another gives me great motivation and a desire to do well.”