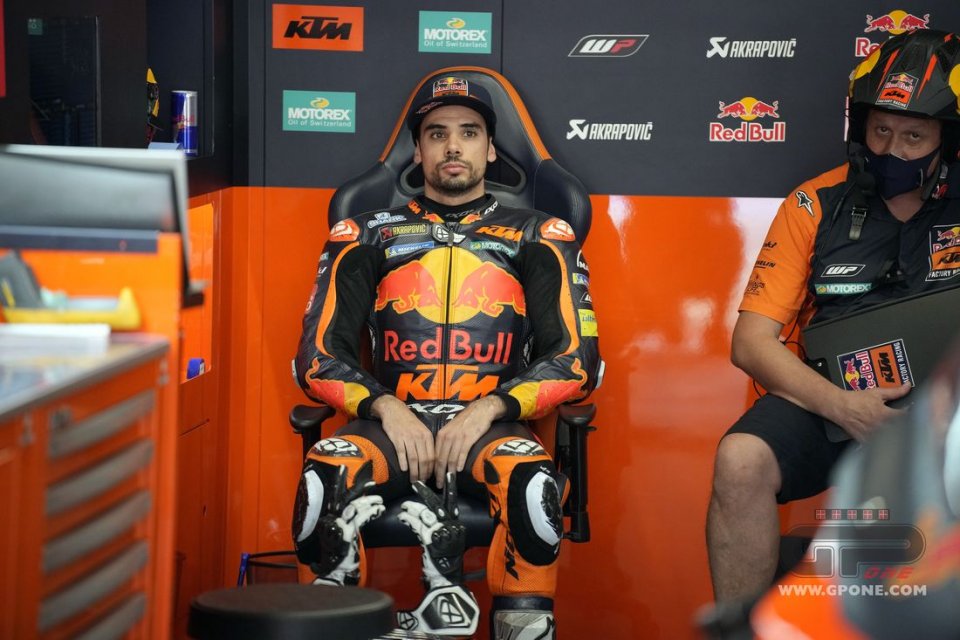 Yamaha needs to find a rider to partner with Fabio Quartararo next season – and it’s not an easy task, considering there are no big names available – as they try  to pound a pavement in Iwata that should theoretically be closed. Oliveira, in fact, revealed to the Portuguese site, Motorcycle Sports, that he was contacted by the men in blue.

Miguel actually already has a signed contract for 2022 with KTM but, by now, it doesn’t seem to matter anymore.

“Speaking of the market and contracts, especially in these modern times, I’ve had to demonstration that – and there have already been one or two cases – when there’s no willingness on the part of the rider or team to continue, those contracts get broken,” Oliveira explained. “Having a signed contract is worth what it’s worth nowadays. I made a commitment to my team last year for two years, and I’ll respect my word. Of course, this Viñales situation has brought some nervousness in talks for the future. I was also approached in this regard  but, like I said, my attention is for my team. They’re a great team, and I believe I can become world champion with them, and I have a contract.”

So Yamaha had to receive a “no thanks” from Miguel. Now we’ll have to see if it’ll target free riders or if it has some other tricks up its sleeve.

Ixon, the supplier of Aleix Espargarò's suit, has revealed data from his crash at Silverstone. The airbag deployed in 950 milliseconds
19 hours 1 min ago