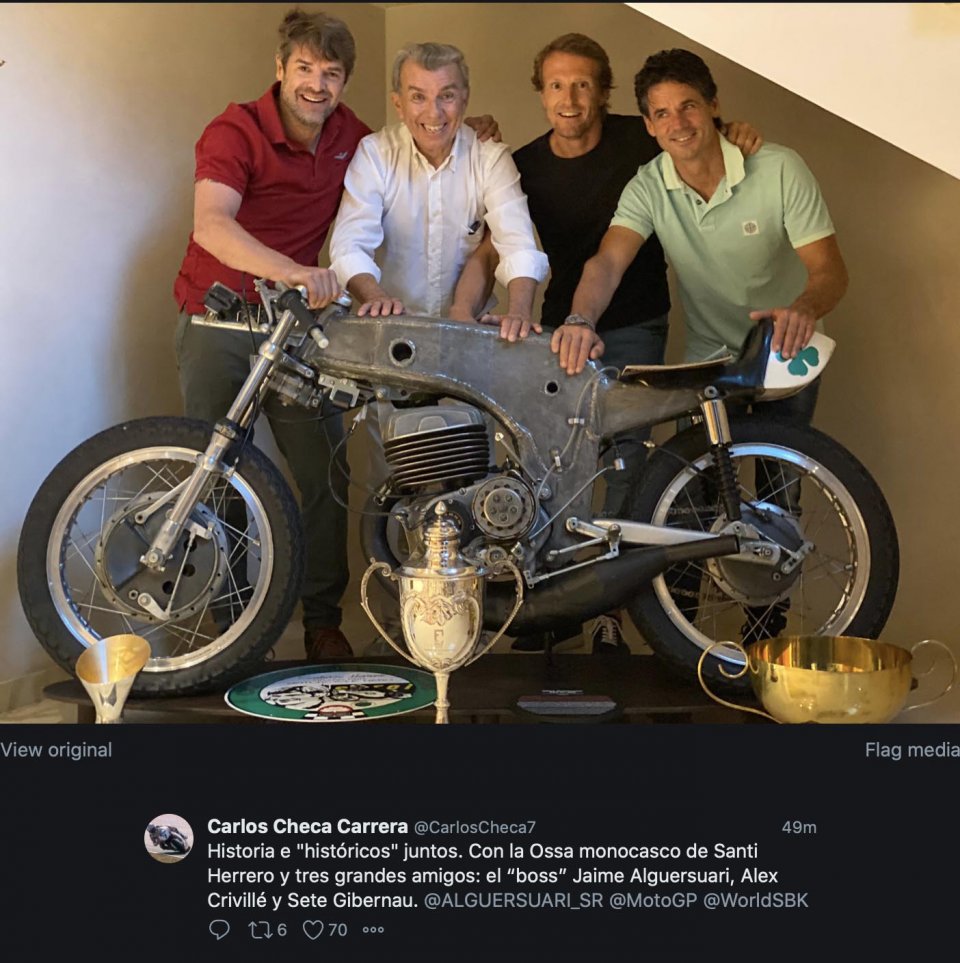 The bike is the legendary Ossa 250, winner of four Grand Prix ridden by the unfortunate Santiago Herrero. The four personalities in question are Carlos Checa, Superbike champion with Ducati in 2011, Jaime Alguersuari, former small-capacity rider and editor of Solo Moto, Sete Gibernau, two-time 500 world vice-champion in 2003 and 2004, and Alex Criville, the first Spanish champion in the premier class in 1999.

In short, the history of motorcycling in the Iberian peninsula before Marc Marquez, around an heirloom full of glory which is the air-cooled single-cylinder 2-stroke OSSA. Opponent at the time of the 4-cylinder Benelli of Pasolini and Carruthers and the twin-cylinder Yamaha of Kent Andersson and Phil Read.