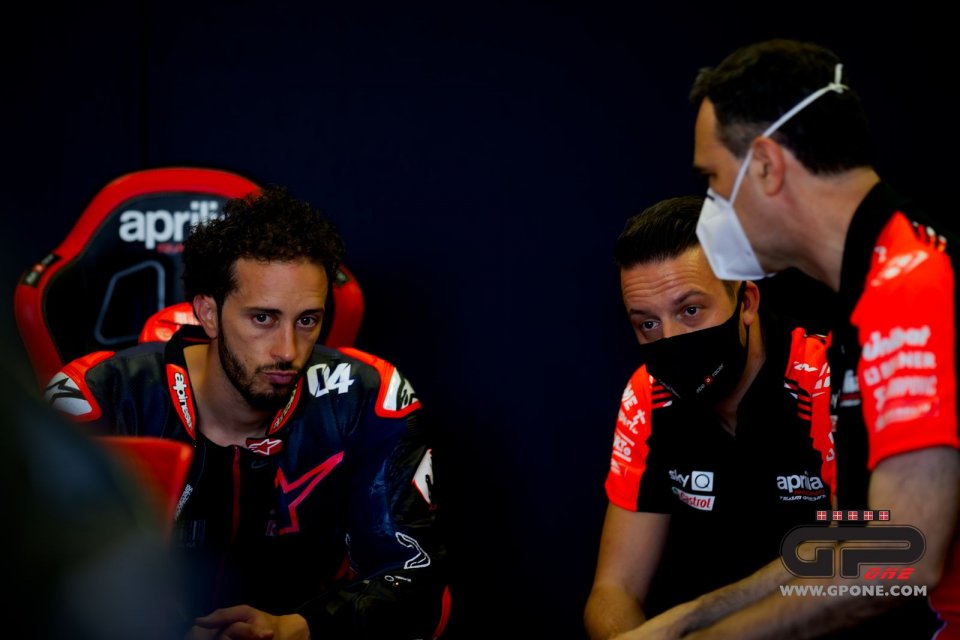 After the break with Vinales, Yamaha has found itself with more free bikes than it would ever have liked and imagined. Maverick’s farewell has left his M1 idle in the factory team and also Petronas, if Valentino were to announce his retirement or (as the Saudi prince would like) or switch to his own team, a rider will be needed. On a wave of nationalistic enthusiasm, some observers have put forward the idea of moving Morbidelli to the first team, a solution that is actually difficult to achieve and that would not solve the problem, but would only create another one.

First of all, Franco signed a contract not with the parent company, but with the Petronas team, so Yamaha cannot move him around as it sees fit. Then the sponsors (above all WithU which is on the fairings of the satellite M1) really like Morbido, and finally his farewell would leave the Malaysian team high and dry, meaning it would have to start from scratch and with very little choice on the market.

So Yamaha’s thoughts then turned to SBK. The name of the Turkish rider Razgatlioglu has appeared among the possible candidates but, as his manager Sofuoglu explained, he has no intention of trying the MotoGP card at the moment and will remain where he is, as an official statement confirmed definitively this morning. There would also be Garrett Gerloff, who did not go badly at Assen as a replacement for Morbidelli, but his profile is more suited to a satellite team like Petronas than to an official one.

So what will Yamaha do? Unless there is an unlikely exchange of riders between teams, there is one name that would save everyone’s bacon: Andrea Dovizioso. Dovi was deciding whether or not to become a full-time test rider for Aprilia, but a factory M1 changes everything.

Andrea, after almost a year spent in motocross, wants to return to MotoGP, but he wants to do it on his terms, that is, with a project that allows him to be a winner. The man from Forlì is 35 years old, so there are not many seasons still ahead of him, and embarking on the Aprilia project as a rider does not entirely convince him. Certainly from a media point of view it would be a winner, but the RS-GP, although improving, is not yet a bike with which to aim for the top. In Dovi's hands this project would certainly undergo an acceleration, but it would still take some time.

In Yamaha, on the other hand, Andrea would find a bike that is 'ready' and for which he has always had a weakness, since his period in the Tech3 team. Not all that glitters is gold however, as always, because he would find himself on a collision course with Quartararo in the same box, that is to say the rider currently in the best form. It would be a great challenge for Dovizioso, but after all, if he really wants to return to MotoGP with a winning project, this is the only way forward. As for his fee, the rider from Forlì has always maintained that he is not that interested in the economic aspect but at the whole package and the technical guarantees that Iwata would offer him are not in doubt.

A few months ago Dovi had chosen a Yamaha to race in motocross, maybe that was a sign of destiny…