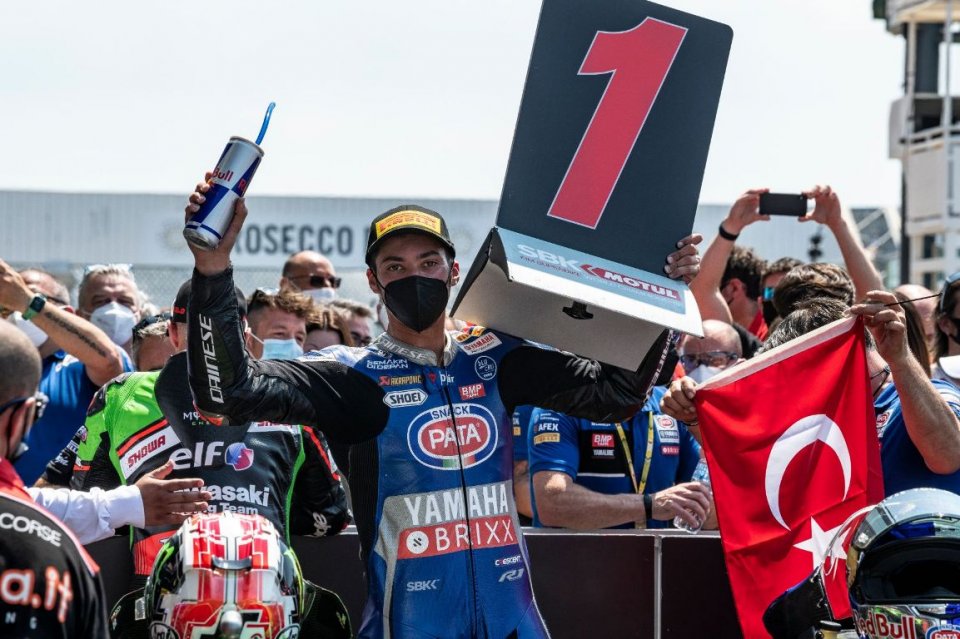 Maverick Vinales leaving Yamaha has triggered a real domino effect on the market, so much so that that everyone has a whole bunch of questions to ask. What will the Spanish rider do? Will he go to Aprilia? And who will replace Morbidelli and Rossi in Petronas if Franco were to be promoted to the factory team alongside Quartararo?

The questions are many, to the point that, in the last few hours, there have also been rumors of Toprak Razgatlioglu’s move to the MotoGP in the Razali team for 2022. However, he wanted to talk about Kenan Sofuoglu, the Turkish rider’s manager, who spoke clearly and transparently about the future of his client: “In recent weeks, several MotoGP teams have shown their interest in Toprak,” Kenan told Speedweek. "In fact, I spoke to several manufacturers, not just Yamaha. What I can say is that Toprak will not go to the MotoGP, but will remain in Superbike for the next two years, since this is Razgatliolu’s priority. During the week, we’ll make a decision and make it known.”

At a time when the market and its questions are dominating, Kenan wanted to clarify Toprak’s future, since his goal is to win the World Superbike title with the intention of raising the Turkish flag in the paddock.