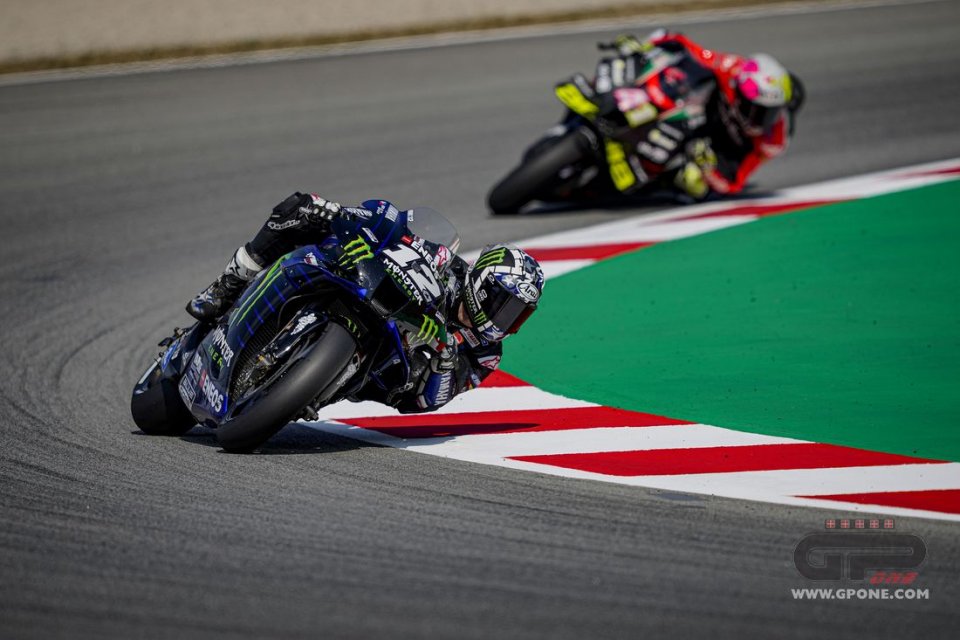 Where will Maverick Vinales race? That's the big question everyone is asking. Of course, barring further upheavals, the Spaniard has no real alternatives if he wants to be on track for 2022. Yesterday we wrote that all clues led to Italy, with Aprilia candidate #1, but there is also the fascinating idea of going to Ducati, via the team of former teammate Valentino.

As the hours go by however, this path seems more and more unlikely. First of all because, as declared by Rossi himself, the choice of riders is up to VR46, unlike what happens, for example, in Pramac, where decisions are made in agreement with the parent company, which indeed has a significant position in this matter. In exchange, of course, Ducati takes care of the contract (and therefore the salary) of the riders.

The Doctor's team, on the other hand, as already in Moto3 and Moto2, was created for the riders of the Riders Academy and, in this sense, it means completing the path that takes them from the promotional championships (like CEV before and CIV now) to MotoGP. Signing an experienced and trained rider like Maverick would mean changing plans, not to mention that someone would also have to find the money to pay for him...

Furthermore, there is the problem of which bike. Vinales might perhaps even agree to go to a satellite team (but a prominent one given Valentino’s patronage) but would clearly want an official and updated bike. VR46 will have one, but it is destined for Luca Marini and it becomes difficult to imagine that it will be taken away from him. To solve the problem, it might seem easy to ask Ducati for another one, but next year in Borgo Panigale they will have their work cut out to supply and follow 8 bikes and produce another GP22, in terms of human and economic resources, as well as planning, at this time would be a major undertaking.

So Aprilia is thrust straight into the limelight, having an opportunity it hadn't expected. Massimo Rivola, in a certain sense, had put his mind at rest for 2022, aware that there were none of the so-called top riders on the market. So, as a good manager always does, he started to focus on the following year, 2023. He had written down two names in his notebook: Alex Rins and Franco Morbidelli. Both smart choices, because they are two young riders, but already with important experience in MotoGP and who have already shown that they are successful in the premier class. In addition, they come from two of the most well-balanced bikes on the grid and could give important information for the development of the RS-GP.

But now Maverick is free and this changes everything. It means being able to have one of those top riders who they are looking for at Noale and have him immediately. Aleix Espargarò is doing an excellent job this season, but his CV doesn't put him among the best in the world championship, unlike Vinales. With the Veneto bike rapidly improving, having confirmation from a rider like Maverick in the race would be perfect.

For Aprilia, it is difficult to find any cons. His salary will certainly have to be adequate, but after the latest events it will probably be lower than in the past. Top Gun’s character might be a bit scary, but if he found the right environment, his edges could be smoothed off…

For Noale, Vinales would be, more than a bet, a real opportunity. Like that dress that you didn't think you could afford before you found it on sale and in your size. With the only difference that, in this case, it is the dress, sorry… the rider, who will have to decide whether or not he can be bought.