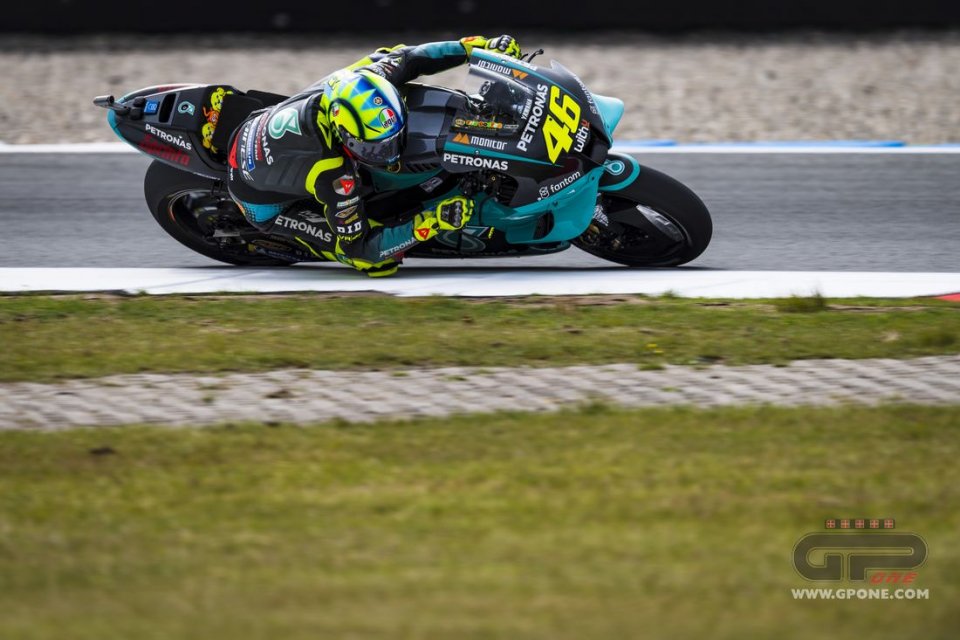 If you look at photos of riders in action twenty years ago, it’s like having entered another world. The fairings on the bikes were “smooth”, without any aerodynamic appendages, and the way they were ridden was totally different from what’s required now. In recent years, riders have taken their riding style to an extreme, leaning a lot off the bike, touching their elbows in all corners, so much so that suit manufacturers have had to adapt by adding sliders where they weren’t expected.

Valentino Rossi, the last strongman of the generation born and raised with the 2-stroke, from the 125 to the 500, has had to adapt several times to changes in riding style, increasingly required by bikes and tires.

“The style has changed in recent years, especially with regard to the position n the bike. Everyone leans out a lot with their head and shoulders when cornering,” he explained at the end of the Assen Grand Prix.

The question was whether or not the aerodynamics greatly affect the way he rides.

“I don’t know. It definitely allows you to have better acceleration and to brake later,” the Doctor continued. “But I think the biggest differences are due to the evolution of the tires, brakes, and electronics.”

Three key components in the most important phases: entering and exiting corners.

“Without a doubt, The current MotoGP bikes are very physically demanding,” he pointed out. “Above all, they allow you to brake later and enter corners very quickly. This means that the trajectories you use have also changed.”

But the various wings and assorted fins on the MotoGP bikes don’t only have advantages. On a fast and technical track like Assen, their flaws are noticeable.

“With these aerodynamic solutions, the bike becomes heavier in changes of direction. You need more strength,” Rossi concluded.