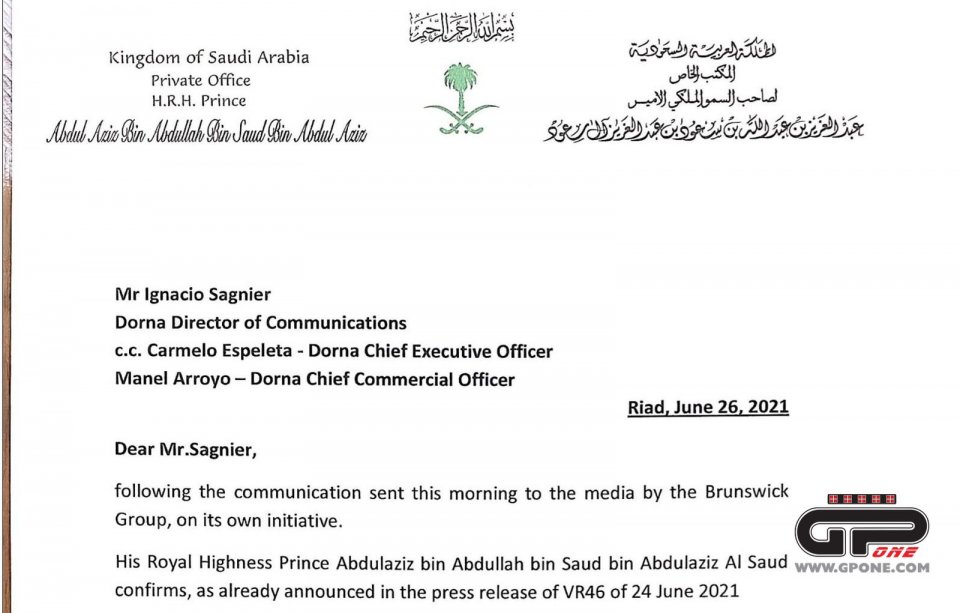 It’s always better to put things in writing... There had been speculation for a long time, over the last month, about the agreement between VR46 and Tanal Global Holdings aimed at creating the team that will race next year in MotoGP with the sponsorship of Aramco.

The fuss, but given the person involved, one could say, the dust cloud, was kicked up by the Brunswick Group which "on its own initiative" picked up the phone calling various media, including GPOne.com to ask why the sponsorship was announced.

The aforementioned company “helps clients navigate the interconnected financial, political and social worlds to build trusted relationships with all their stakeholders”.

Now we do not know exactly what the Brunswick Group does for Aramco, but their intervention certainly helped to create confusion which, with Valentino Rossi involved, left the so-called wind of sand in the air for such a long time that it obscured visibility more than fog.

For this reason, probably, Prince Abdulaziz bin Abdullah bin Saud bin Abdulaziz Al Saud has decided to move in first person and, from his private office in the Kingdom of Saudi Arabia, he had a letter written to the number one of Dorna, Carmelo Ezpeleta, to confirm the agreement.

It could not be otherwise given that surely both Dorna and Ducati had, in turn, asked for guarantees for the plan signed with VR46.

So, as we said at the beginning: It’s always better to put things in writing…

Now it just remains to find out who will join Luca Marini in the newly formed team. His Royal Highness is cheering for Valentino Rossi, of course. After all, an investment of this kind needs a leader, and who better than the 9-time world champion whose presence alone guarantees visibility.

Today, however, the news of the breakup between Yamaha and Maverick Vinales arrived and suddenly a top rider is free, and if Vale had by now decided to hang up his helmet, let's remember that Ducati, had been chasing after Maverick for a long time before he signed with the Iwata manufacturer. 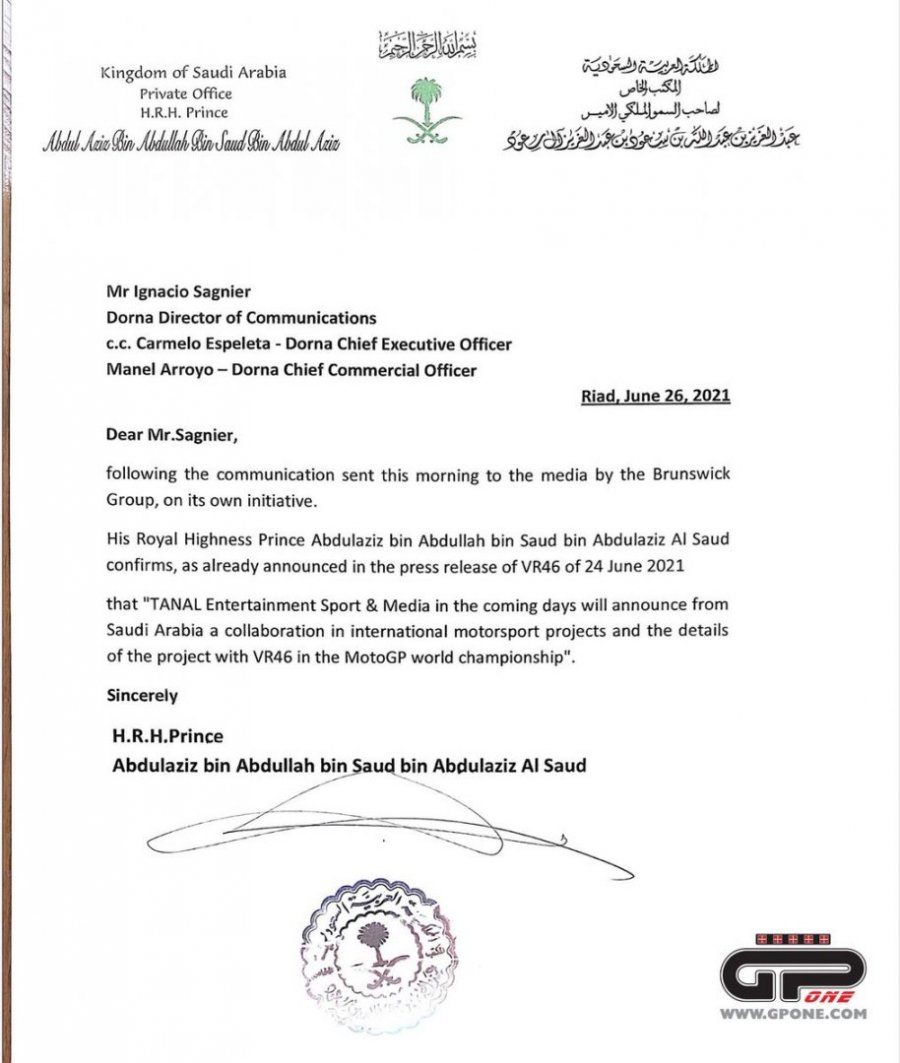 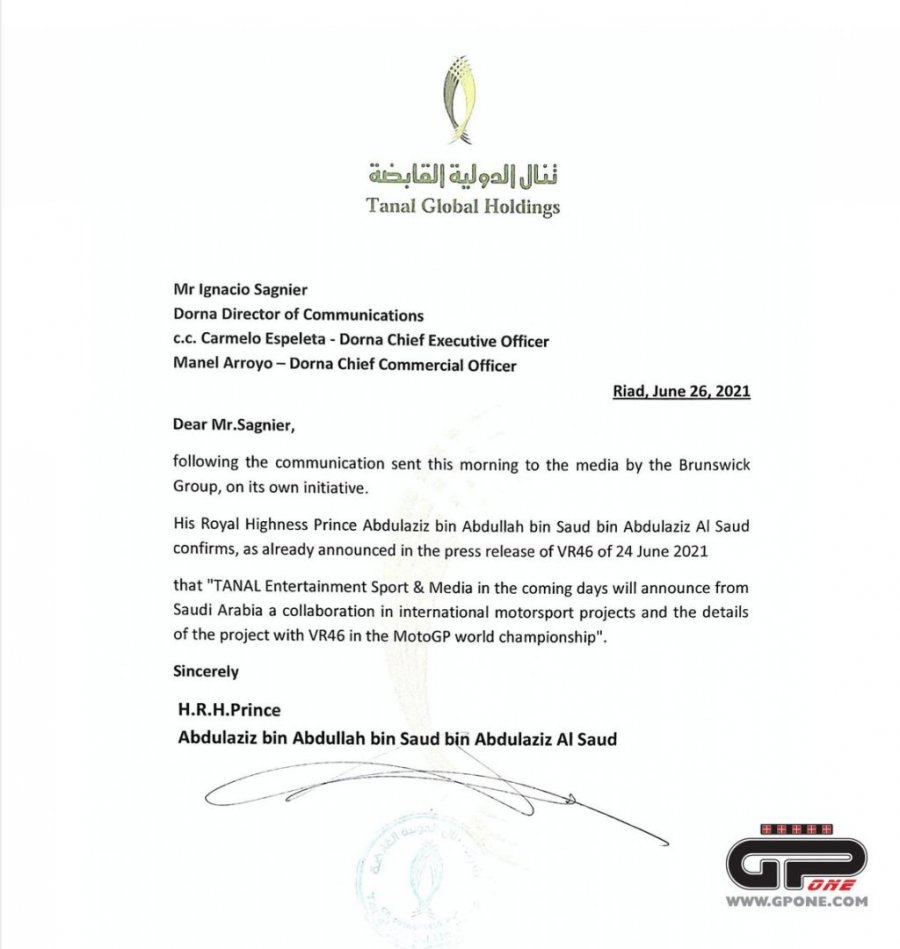