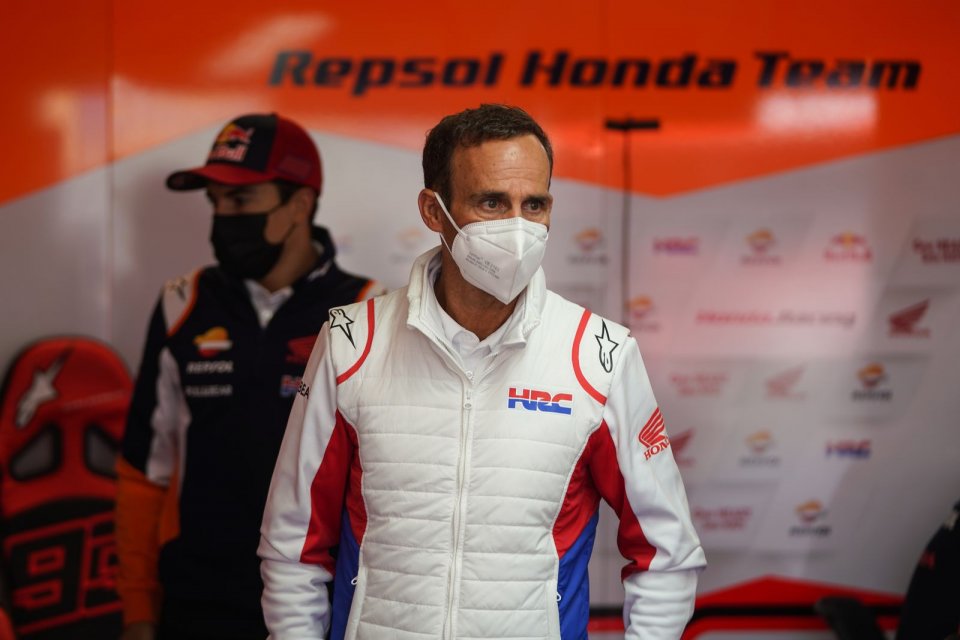 After the victory at the Sachsenring, Honda knew that Assen would be a different story. Nevertheless, in Holland Marquez showed that he was still himself.

“Yes, Sachsenring is a track which is very suitable for the Honda and also for Marc Marquez- said Alberto Puig -  Marc had the chance there and he grabbed it with both hands. In the past Assen has never been an easy track like this, and it has been much tougher for all the Honda HRC riders. We clearly understood it wouldn’t be easy before we arrived. On Friday, Marc’s crash made the weekend even more complicated. Without that crash, I think he would have been fighting for the podium as he wouldn’t have lost the confidence he did.”

Marquez complained strongly on Friday about the electronics, but after Q1 on Saturday he praised Honda HRC’s fast reaction…

“Honda and all the team tried to react and overcame this problem but it’s not enough. Now it’s time to rest and prepare well the second part of the season. Regardless, we saw a great recovery from Marc at the beginning of the race. He started in 20th and he recovered almost ten positions in just a single lap, this was the Marc that we know. It shows his effort and the potential that he has, we are really looking forward to seeing him again in Austria after the break when he has recovered even further. Also, we were expecting a good race from Pol Espargaro, we had high hopes honestly, but he had some issues too and it was really a pity after his strong weekend.”

It has not been the best start of the season for Honda, but now there’s a chance to recharge and come back.

“It has not been easy. Now part of our team will go back to their homes in Japan and first of all take some rest. It’s not easy for our Japanese staff members to spend all this time in Europe, far from their families. We have a huge amount of respect for their efforts and we believe a lot in our engineers. We have gathered a lot of good data during all these races, we know we have our weak points and in Japan they will investigate, work hard and come back with some promising ideas.”