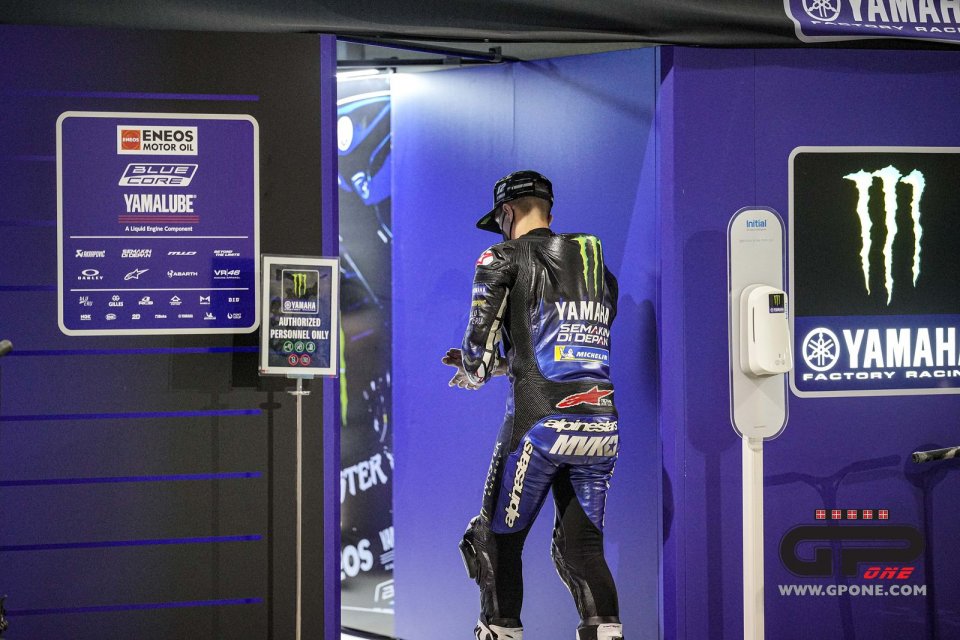 With a statement, Yamaha announced that Maverick Vinales will no longer be one of its riders at the end of 2021. A consensual decision, the result of relationships that have now broken and can no longer be repaired. Each will go their own separate way, but the path at the moment is not certain for either side.

Vinales seems to be headed for Italy, but there is a crossroads and he will have to choose whether to go to Noale or Borgo Panigale. It is nothing new that Aprilia is desperately looking for a rider to partner with Aleix Espargarò, and with Dovizioso not convinced of returning to being a full-time rider, there are no alternatives.

It has looked into the Moto2 path (including Raul Fernandez), but there are no big names to choose from. Maverick would represent the classic gift from heaven: an experienced, fast rider, who in the right conditions could make the RS-GP fly.

Massimo Rivola must be rubbing his hands with glee, but the competition from Ducati remains to be won. Vinales was one step away from wearing red at the beginning of 2020. The contract was already in place, but Yamaha bosses in Japan intervened at the last moment and managed to convince the Spaniard to stay.

There would be a free Desmosedici right now, that of former teammate Valentino Rossi. The Aramco VR46 team is a reality, but the riders have not yet been announced. One bike will be for Luca Marini, but the other?

The Saudi prince, the financier of the operation, would like to see the Doctor up there, but it is far from obvious that Valentino will grant his wish.

The plan was to assign the place to an Academy rider, Marco Bezzecchi, but with Vinales on the market that could change. The Spaniard would find himself in a satellite team, but financially solid and Ducati would not fail to give him all the necessary support, as is happening, for example, with Zarco in Pramac.

If Maverick is faced with a choice, Yamaha has even more. The only certainties are Quartararo and Morbidelli, everything else is shrouded in mist.

We have already spoken about Valentino who could decide to stop and, if so, there would be two M1s in search of a rider. It is easy to think that Franco will move to the factory team to reform the pairing with Fabio, but Morbido has a contract with Petronas, not with Yamaha, and the Malaysian team does not necessarily want to deprive itself of its jewel after having already swallowed a bitter pill of having an updated bike for its rider this year.

At this point, every possibility is valid. Starting with Gerloff and Razgatlıoğlu, moving on to Dixon and, why not if Vinales went to Ducati, Marco Bezzecchi. After all, the news of Maverick’s farewell is so fresh that there has not yet been time to think.

If managers were thinking of starting their holidays today, they might have to postpone their flights…