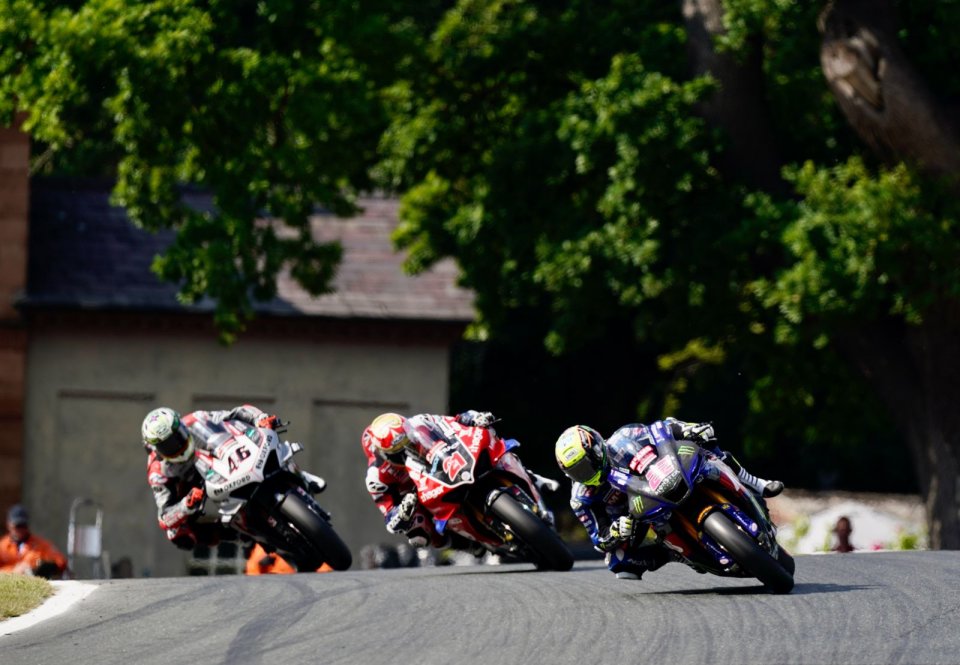 Welcome back BSB! After a prolonged winter break, today we finally returned to experience the emotions that have always distinguished British Superbike: twists, surprises, overall balance with three different brands vying for success for most of the race and, above all, lots of excitement on the track. The opening race of the 2021 season staged on the undulating Oulton Park track, venue for round number one of the eleven scheduled, offered the usual points of interest with Jason O'Halloran who confirmed himself by far the undisputed king ( at least in recent times ..) of the Cheshire circuit, taking the third victory out of four races held there in nine months and edging out the rival Ducati pairing of Christian Iddon and Tommy Bridewell in 14 closely-fought laps.

Already a star of the pre-season tests and competitive during free practice, last year the McAMS Yamaha rider (at the same venue) experienced the best weekend of his career, taking pole position and a double. After the 2020 season when he finished runner-up, this afternoon he lived up to expectations by scoring his fifth win in BSB and continuing the positive trend that sees him as the most in-form rider of the moment. However, O'Halloran's Saturday did not start in the best possible way: a problem in the decisive Q2 session with the engine, quickly replaced by the mechanics. After a short study phase, once he passed leader Iddon at the entrance to Old Hall on lap 8, he only had to manage the Pirelli SCX tire at the rear, leaving the crumbs to his opponents, setting fastest lap of the race in the final stages in 1'34.715 (he will start from pole in Race 2).

Two Ducatis on the podium

At the end of qualifying they had high hopes of the top step of the podium, in the end they had to be satisfied with the next two slots. After a rocket start, Christian Iddon had to give way to his rival, and he arrived at the finish line just six tenths behind. In third position was Tommy Bridewell (Oxford Racing MotoRapido), who failed to take full advantage of his start from pole position. Over the distance, Peter Hickman paid the price on the new FHO Racing M1000RR, fourth with a bike that still has to learn how to manage the tires. More than 12 seconds behind was team-mate Tarran Mackenzie in fifth, the victim of a mistake at Hislops Chicane while he was in the midst of the fight for the podium.

The sprint for sixth place rewarded Glenn Irwin aboard Honda Racing UK's CBR 1000RR-R, ahead of Kyle Ryde (Rich Energy OMG Racing) and Lee Jackson's (FS-3 Racing) and Ryan's two Ninja ZX-10RRs. Vickers (RAF Regular & Reserve). Reigning Champion Josh Brookes (VisionTrack PBM Ducati) completed the top-10 almost 18 seconds from the top, in the middle of a crisis and never really on the ball until now. Joe Francis, Andrew Irwin and Danny Kent all crashed out, without any particular consequences, while Bradley Ray had to retire with mechanical problems. A worse fate befell Xavi Forés, forced to throw in the towel due to too much pain in his right wrist following the crash in FP1. The BSB protagonists will be back in action tomorrow for the remaining two races of the weekend, respectively at 14:45 and 17:45, Italian time. 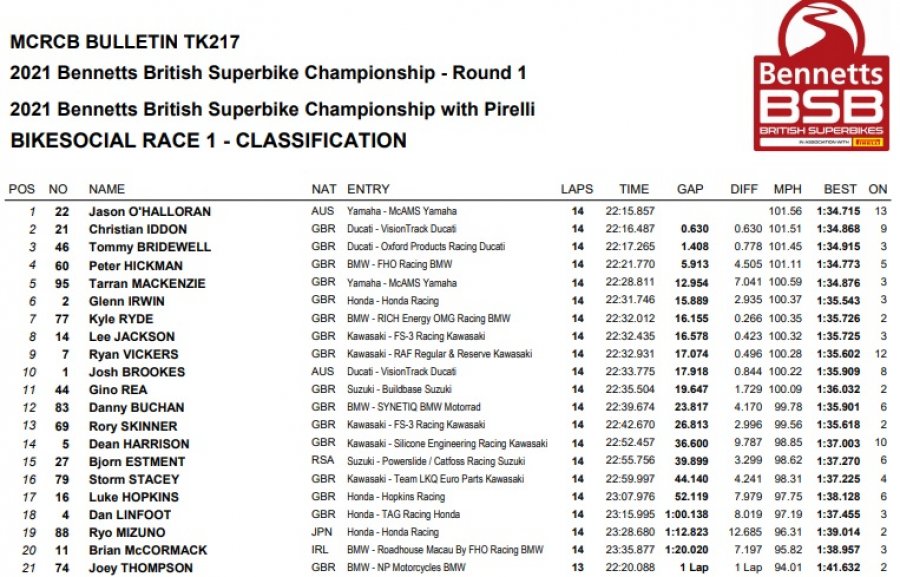