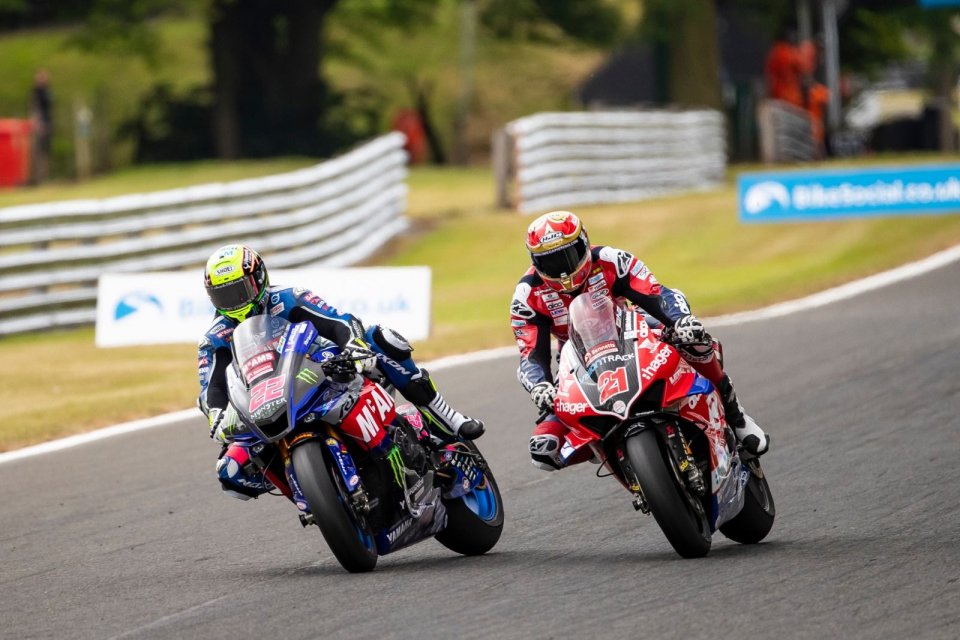 In the second half of 2020 Jason O'Halloran had proved to be the most consistent and incisive rider in British Superbike, even going close to winning the title, today he wanted to reiterate that the crown is a real dream and beating him will be difficult for everyone else. If yesterday's result had not been entirely convincing, on Sunday in Oulton Park (home of the first of the eleven rounds scheduled on the calendar) "O'Show" followed up on his extraordinary performance by scoring a dominant double win and completing an almost perfect weekend. Two strategic races in which he edged out Ducati’s Christian Iddon on both occasions on the very last lap. Here's what happened.

In BSB spectacle is guaranteed and the second race produced an incredible battle between the aforementioned protagonists, which was resolved only at the penultimate corner. Rocketing away perfectly when the lights went out, the VisionTrack PBM Ducati man headed for victory for much of the race. The Australian however did not take full advantage of pole position, finding himself forced to chase right away. Once he had taken Peter Hickman on lap six, from that moment on the McAMS Yamaha rider studied when and where to launch the decisive attack at Lodge on lap 18 of 18 (cover photo): a decisive move, with his YZF-R1 sideways, but clean just enough to prevent his rival from fighting back. At the finish line, O’Halloran was ahead of Iddon by 103 thousandths.

Although seven seconds behind the leading pair, Hickman (back in the top-3 two years after Thruxton 2019) gave the new M1000RR and the newly-created FHO Racing team of Faye Ho the very first podium in their history. Side note: three different brands in the upper areas of the standings, demonstrating the balance that reigns in the UK’s domestic championship. The eight-rider sprint (!!) for fourth place rewarded Danny Buchan (SYNETIQ BMW by TAS), ahead of his brand mate Bradley Ray (Rich Energy OMG Racing), both coming back from the rear, and Tarran Mackenzie (McAMS) Yamaha). Reigning champion Josh Brookes (VisionTrack PBM Ducati) limited the damage in seventh, just ahead of Lee Jackson's 2021 Ninja ZX-10RR (FS-3 Racing), Glenn Irwin (Honda Racing UK) and Kyle Ryde (OMG Racing) wrapping up the top-10. A worse fate befell Tommy Bridewell (Oxford Racing MotoRapido Ducati), who retired with a broken chain after a contact with Mackenzie at Hislops Chicane. 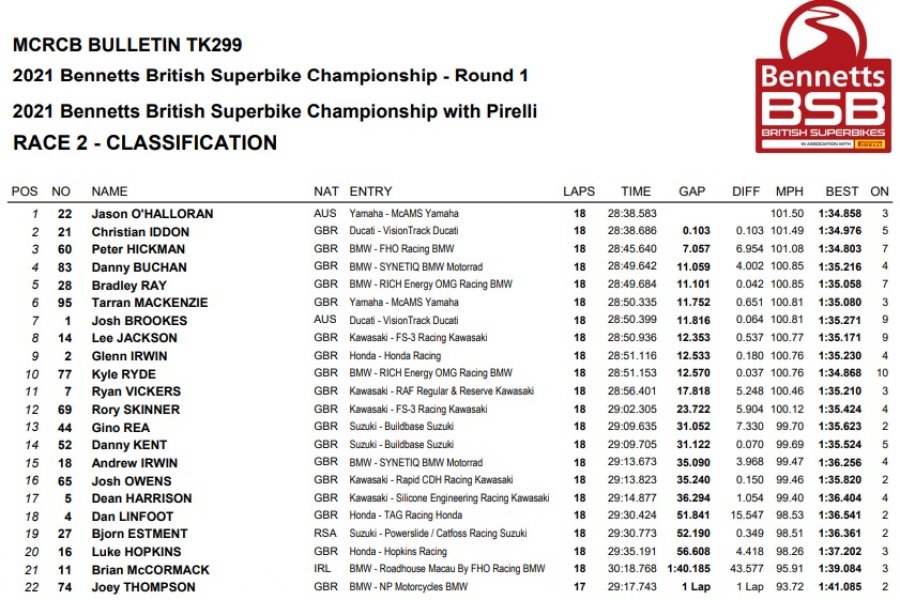 Race 3: O'Halloran makes it three, two Ducatis on the podium

In the final race of the weekend, the values ​​on the track remained unchanged: "O’Show" adopted exactly the same "modus operandi", indeed, this time anticipating his overtaking move at the left-hander Island Bend. Despite the hard time given to him by his opponents with (for the most part) a group of five riders vying for victory, it did not prevent O'Halloran from taking home his third win in a row, his seventh in BSB (four of these on the Cheshire circuit) as well as the first hat-trick in his career. Iddon had to settle for yet another second place, at the same time picking up precious points for the championship (and above all podium credits for the Showdown), while Tommy Bridewell completed the podium, making up for his zero in Race 2. In fourth position was Tarran Mackenzie, ahead of Peter Hickman (FHO Racing), who dropped back in the closing stages due to a significant drop in his Pirelli tires. In sixth position was the 2020 champion Josh Brookes, ten seconds off the top, in the midst of a crisis and never really competitive this weekend. Behind him finished - in order - Lee Jackson, Danny Buchan, Ryan Vickers (RAF Regular and Reserve Kawasaki) and Glenn Irwin, tenth after a furious comeback after a mistake at the start.

The BSB protagonists will be back in action over the weekend of 10-11 July on the 2.039 km Knockhill circuit in Scotland. On paper, another exciting event is expected, in pure BSB style. Thanks to this performance, O'Halloran will be the main focus of attention, even if the 2021 season is still very long (plus with the return of the end of season playoffs...) without forgetting the return of the Ducatis, Josh Brookes first of all ... 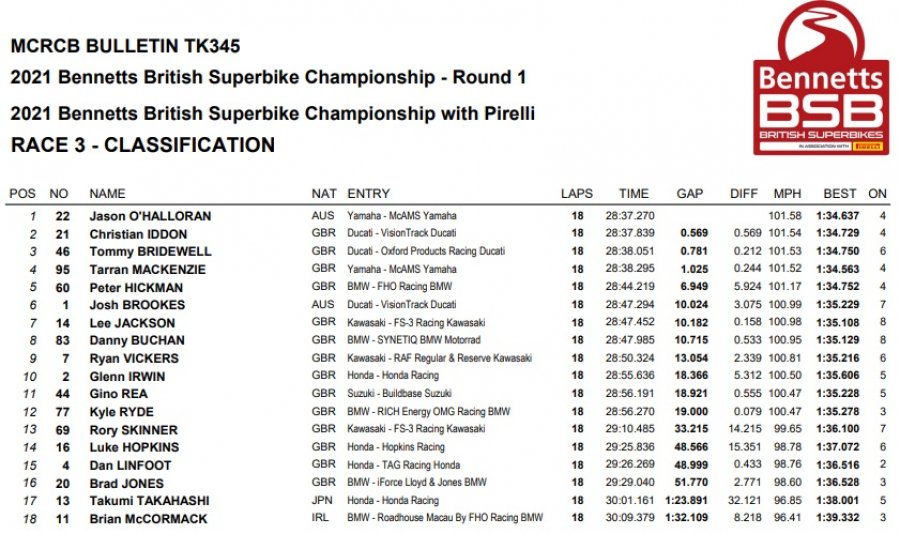