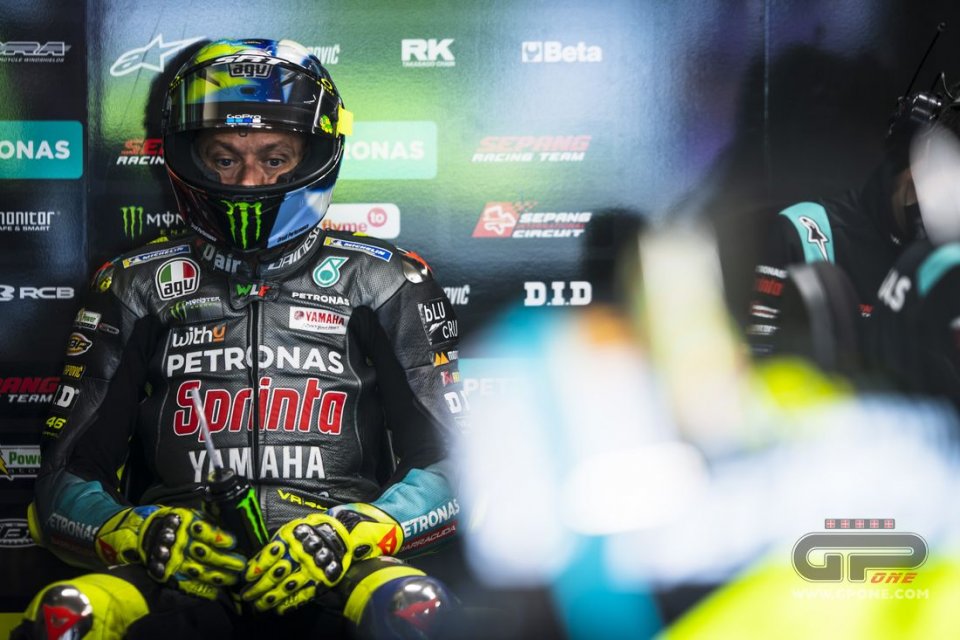 Valentino Rossi had high hopes for the Assen weekend. Despite some flaws, he was always not too far from the best and a good race seemed to be within his reach. Instead everything went wrong from the start and a crash closed the matter for good. All this came close to the summer break, in which he will decide his future.

“It was a great shame, because my pace was not bad - says the Doctor - Unfortunately I made a bad start, because we made some changes on the bike for the start and I wasn’t comfortable, like at Sachsenring. So I found myself far behind and tried to overtake, but when you follow another bike the front tire has problems, you lose grip. I had just passed Bastianini, I tried to push and I crashed ”.

"I lost the front, we looked at the data but we didn't really understand why. In the end I was lucky, it was just a crash but at high speed and I didn't hurt myself ”.

Will this result affect your decision for your future?

“It is not just a matter of today. I knew it was going to be a difficult year, a big challenge to face, but as I've always said my decision depends on the results, and they weren't what I expected, this doesn't help ”.

Vinales said he is not sure he will stay with Yamaha in 2022. Could this have an impact?

“It seems that there may be some changes, something we didn't expect, but for me it doesn't change anything because my decision is linked to results. What happens in Yamaha with the other riders will make no difference to me ”.

Yesterday Aramco's sponsorship for your team was questioned, what can you tell us?

“That we are doing everything in good faith and, personally, I have spoken to the prince 8 times. The last time was Thursday, he told me he was very happy and that everything was fine. When it comes to such important sponsorship, however, there is always someone who wants that money to be for himself, who is not happy (laughs). I hope that the prince has told me the truth, I am a person inclined to trust. That's all I know ”.

What do you think of the penalty given to Bagnaia? Your overtaking move on Stoner at Laguna Seca would have been sanctioned under these rules.

"The rules have changed because now the situation and overtaking have become more extreme than in 2008. The tracks are also different, they have removed the grass on the outside of the curves and replaced it with green painted asphalt, it is a safety factor. Now it's less dangerous, but you need a rule, otherwise everyone would go over it. For Bagnaia it was a shame, but if he was penalized it is because he went outside the limits 4 times, I think the problem with him was that he struggled a lot at turn 12 ”.