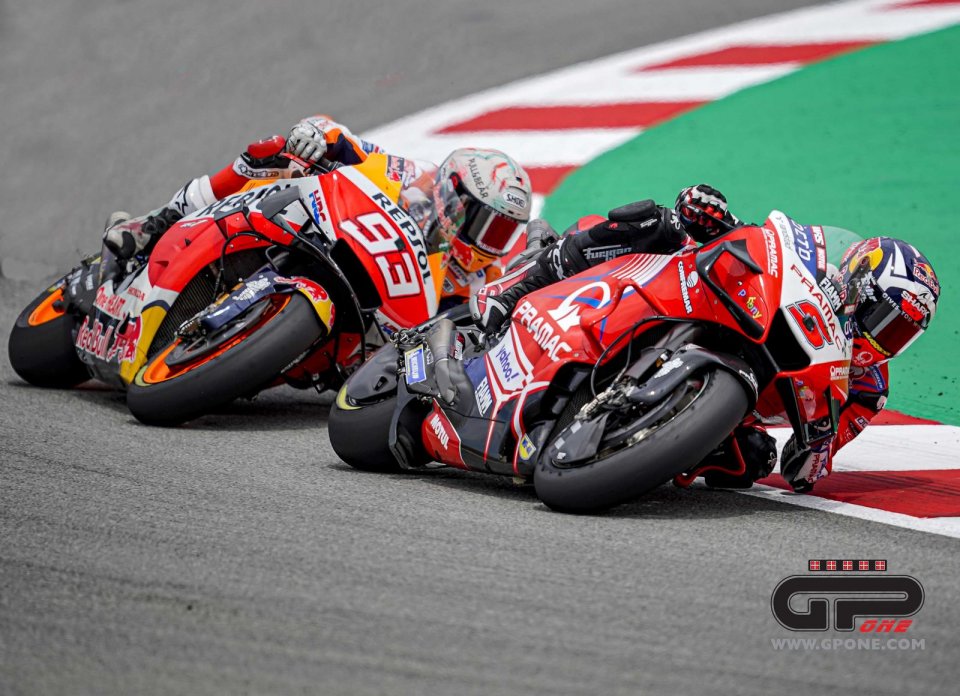 Johann Zarco missed out on pole and finished qualifying at Assen in the second row in fifth place, caught between Nakagami's Honda and Oliveira's KTM. The French rider on his Ducati is currently second in the championship standings 22 points behind his fellow countryman Quartararo and now has to defend his points differential on a track that seems to favour his chief rival.

"It was a difficult day but I am satisfied because in Q1 I managed to set the time to enter Q2, and in Q2 I continued to push giving my all. I would have liked to have been able to give more but it seems that Yamaha really has an advantage on this track, or maybe they simply have fewer technical problems than us. This morning I made some mistakes, then in FP4 we continued to try different set-ups and in the end with some small changes I was able to find the right confidence with the bike. I'm happy because even if it wasn’t easy to find the right set-up for this track, it also shows that it is possible to improve the feeling a lot with some small changes. Bagnaia also did a good qualifying, I also keep an eye on his performance to see where I can improve, and tomorrow with a good start if we race in the dry, perhaps we will have a good chance of limiting the dominance of the Yamahas on this track ".

You said that the Yamaha has advantages or maybe fewer problems, which of the two?

"They are two different ways of looking at the situation. Clearly it is more positive for us to be able to say that they have fewer problems than to admit that they have real advantages."

As for the usual problem of the tow in Q1, do you think this is becoming a dangerous or even a pathetic situation?

"I don't think there were any dangers today ... we were coming out of the garage and I still had to get a move on because I had a technical problem on the front and I hadn't set a good time yet. Actually it's almost a pleasure to have Marc behind me! Every now and then I close the gas to better understand the situation and what the other riders want to do, but at a certain point you can't wait forever and you have to start. We talked about it a lot in the Safety Commission and obviously you can't stop in the middle of the track, but we try to avoid as many risks as possible, then of course I still have to do my job and it is the same for the other riders ... it's part of the game I think. The problem arises when this situation disturbs a rider who is trying to make his time, it already  happened in the past. But today we knew it would not happen."

And don't you feel any frustration when everyone decides to follow you?

"Not always, today it happened because it was Q1, in Q2 they certainly weren't expecting me - the French rider replied laughing - and then as I said on TV, Marquez is always a champion for me, last week he also won, so all in all the fact that he decides to follow me helps my self-esteem a lot ".

We saw you a bit fatigued during FP4, it doesn't happen often…

"Today I raced really to the limit, the front often closed and to recover I was pushing with my elbow which is not very much my style. Even at Sachsenring I pushed to the limit, but I took pole there, while here it wasn't enough. When you feel the potential of the bike and you really want to bring it out, you really struggle. "