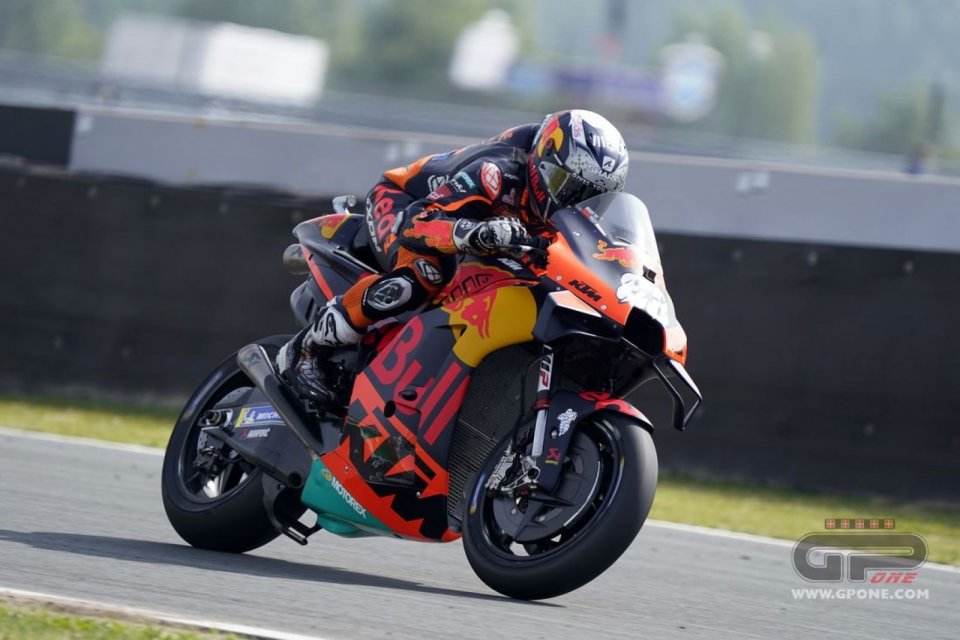 Saturday qualifying at the historic TT Circuit in Assen put Miguel Oliveira and KTM on the second row with sixth position on the timesheets in the decisive Q2 session. The Portuguese ace stopped the clock at 1’32.450, more than six tenths of a second behind poleman Maverick Vinales, making him by far the best RC16 on the grid.

“Overall it turned out to be a positive day. Perhaps we are not exactly in line with the performances we have had in the last few outings, but the starting point is the same as the Sachsenring - he underlined - on paper it doesn't look like an easy race, we still have to perfect some areas of the bike, but I am aware of our potential".

This morning the Red Bull KTM Factory Racing rider managed to hit the top-10 after an uphill start to the weekend, with 14th position in FP1 and the rain arriving to mess up the plans of riders and teams.

“Unfortunately, yesterday afternoon's rain interrupted our work schedule. The track suits the characteristics of the Yamaha, moreover they can easily bring the tires up to temperature. As for us, we haven't decided which specification to use tomorrow. We will decide at the end of the warm up".

Fresh from three consecutive podium finishes, the 26-year-old hopes to be able to continue the positive progress made since the Mugello Grand Prix. However, he will be closely watching the YZR-M1 ...

“Every weekend is a story in itself. The KTM has shown that it has the potential to win, but it will be difficult to beat Vinales and Quartararo as they have a great pace. There’s an interesting group forming behind them, obviously we hope to get into it as we did before”, he concluded.

Dixon under no illusions about MotoGP debut: "Difficult but I'm going...