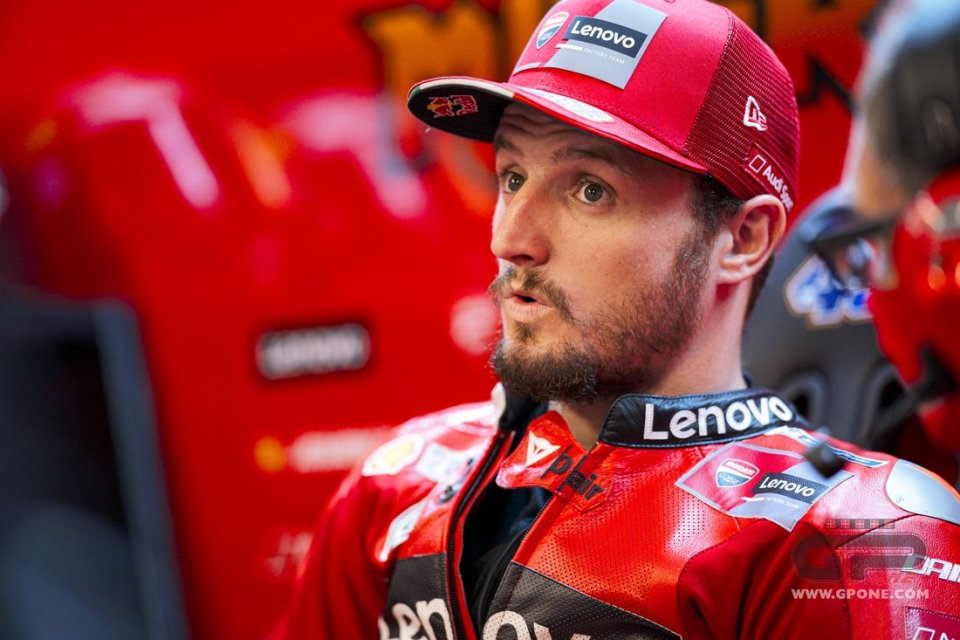 There’s been talk for months about the bad habit of the Moto3 riders, when they wait for a slipstream in the middle of the track. But, lately, it seems that the same habit has become the norm in the MotoGP, with long lines of riders chasing a tow, like in the Q1 at Assen. A behavior that Miller has always opposed, reaffirming his position today.

“I’ve clearly expressed my opinion to the Safety Commission,” the Australian rider explained. “There are riders who always end up in that situation and, if you point it out to them, they defend themselves by saying that it’s not dangerous, but you never know when another bike will arrive. This is the MotoGP, and you don’t have to. Instead, in free practice, I came up on Martin at turn six. One of the fastest points on the track. They continue to do that, and also have the audacity to defend themselves. In my opinion, it’s a bad show. I don’t understand why it happens. Anyway, you only get penalized if you fall with the yellow flags, otherwise, there are no measures taken. I don’t need to mention names. They know who I mean.”

After the outburst, Jack talked about his difficulties in Assen and his 8th time in qualifying.

“I’m trying to do my best. My speed isn’t bad but, unfortunately, I ended up with a yellow flag, and I couldn’t do my last lap in the Q2,” he said. “I lost an opportunity, but the race is tomorrow, and this isn’t the best track for me.”

"At turns six and twelve, I struggle a lot. These are points where you have to be very precise, and that’s my weakness. I have to work on them,” he admitted. “As for my pace, I’m not too far away. It’s not that terrible, and I always manage to find something more in the race. Quartararo looks strong enough, and Vinales also seems to have decided to race this weekend,” he said jokingly. “The Yamaha demonstrated that it's really powerful. This track is perfect for the M1 but, this year, we’ve already seen that things can change. Bagnaia and Zarco with a good start could get in front and break the pace. This could give us a chance for the final race.”