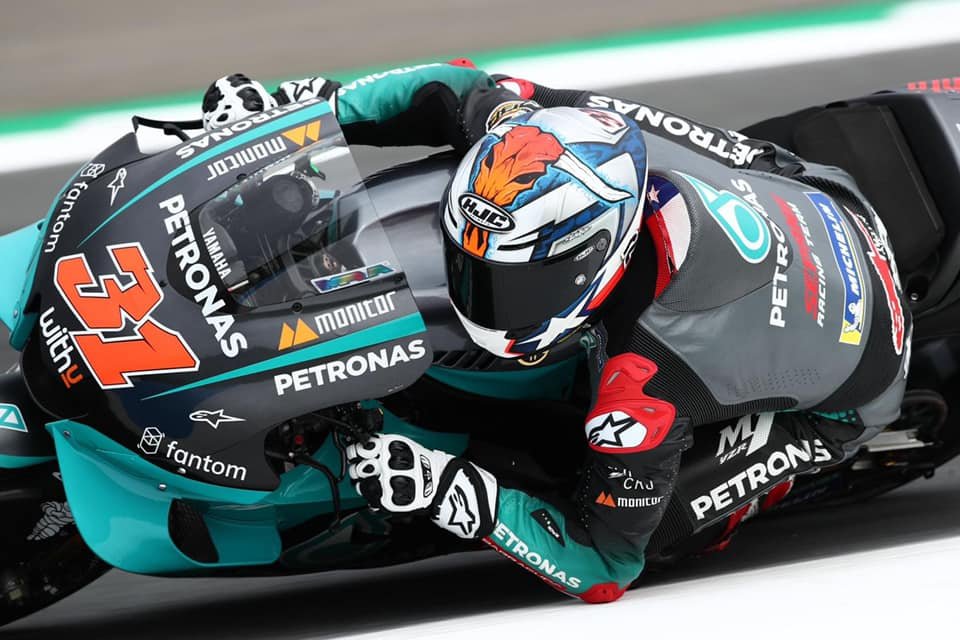 It was certainly not the best day for this second experience with the MotoGP. Besides the difficulties represented by the track, they also have to deal with the weather, which put the riders to the test on Friday in Assen.

And Garrett Gerloff – who struggled to find the right direction for the Dutch race – knows something about this. The American rider made up for a fall in the morning, while he finished with a last time trial behind Luca Marini’s Ducati in the afternoon.

“It was a tough day,” Garrett began. “Personally, I feel better when it’s wet, because you have to be more natural on the bike, and this is very close to an SBK, since the sensations are similar. In dry conditions, the Yamaha is stiffer and, consequently, we need to be aggressive. Today I tried to learn the track quickly and, later, understand the M1.”

Garrett recovered from a fall this morning, without consequences.
“At turn seven, I tried to hold on to the brakes, since I entered fast. But, unfortunately, I ended up falling. Too bad, but it’s a mistake that will be useful for learning. Like I said, I have to try to understand the bike, since it has a stiffer frame and, with the bumps, it moves much more than the Superbike. With the MotoGP, I realized that there isn’t much middle ground. Either you push or you don’t push. You need balls.”

So the American rider doesn’t mince too many words when analyzing the M1.
“It would be nice to have more laps when it rains, so that we can make further comparisons, since  every Yamaha I’ve ridden is different from the other. In Valencia, I rode Rossi’s bike, but it was raining that weekend, while the weather was good this morning. I also have to study the brakes well, since we push a lot in SBK, while we don’t have to work that much here in MotoGP, even if, I have to say, that the bike moves a lot more.”

The last comment is, instead, about Forcada’s contribution.
“Ramon is an extraordinary person, capable of offering me his experience in the world of racing. He’s given me a lot of advice to try to be fast, and I’m grateful to him. I try to put them into practice, and I’ll also talk about it with my SBK crew chief as well, since they could be useful.”