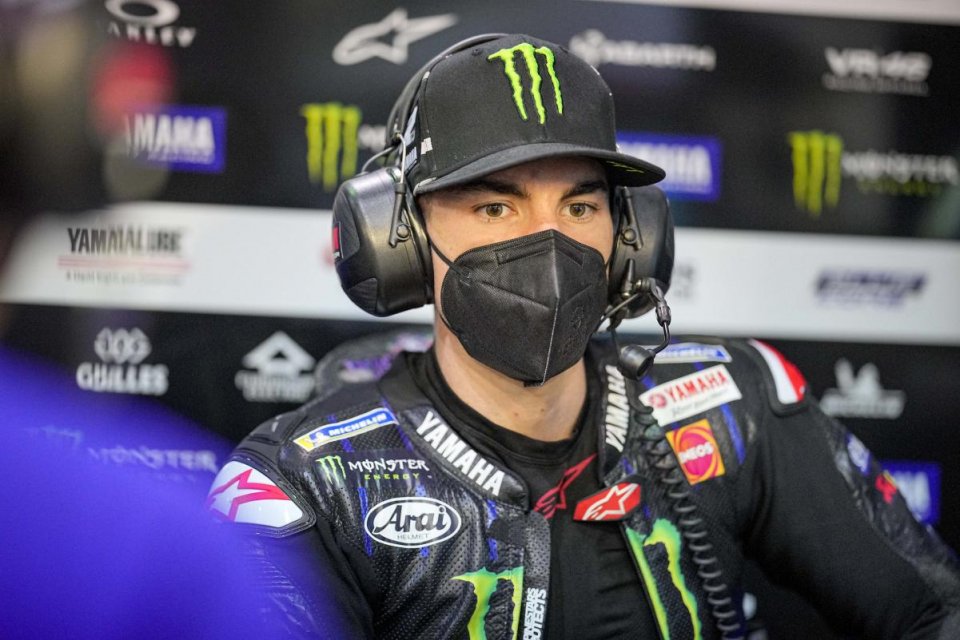 Maverick Vinales’ face says it all: heartbroken and disappointed with what he’s facing at Assen. In fact, Germany seems to have marked his 2021, which began with a victory in Qatar. Too bad that those times are far away, since the Spanish rider is now unrecognizable.

The Yamaha rider is going to the TT after a disastrous weekend to say the least, where he finished in last place. The Dutch TT could, therefore, be an opportunity to turn the page and start over, even if one wonders: where from? Not even Maverick knows and, as a result, the problems continue to grow rather than diminish.

“Honestly, it’s hard to understand this moment,” the Yamaha rider began. “Here, at Assen, I’ll try to understand the bike and the sensations I have on the M1, as well as the tires, which will be different compared to the Sachsenring.”

Maverick doesn’t feel like talking much, and that’s understandable.
“I’ve never been in such a situation, nor do I remember races like this in my entire life, and that’s why I said I felt a lack of respect for me as a rider. The fact is, I’m don’t get anything at all about it right now. Every time I try a solution, it doesn’t go the way I hoped. In fact, we have lots of problems. The thing I don’t understand is that, I won in Qatar, and now I’m suffering and struggling to find motivation. I’ll still try to work calmly, even if I don’t know what we’ll be able to do in the end. I struggled on many occasions in the past, but I never gave up.”

Tomorrow morning, at 10 am, the curtain will rise on the FP1, and Maverick already knows what to do.
“This weekend, I’ll race copying everything Quartararo will do. I’m talking about set-up, electronics, suspensions. I’ll go out on the track with the same set-up as his, and all the changes he’ll make on the M1. The bike will be identical to his, and later we’ll see if I’ll be fast or not. The problem is that this shouldn’t be the way you race, since each rider has to work their own way and try the material according to their own feelings. The fact is that I’m losing time and confidence with the bike, so much so that I fell in Germany without even knowing why. So, tomorrow I’ll be on the track copying everything Fabio will do.”

Not even a change in crew chief helped reverse the trend.
“I got along well with Esteban, and the same goes for Silvano, since he’s very competent on the technical side. I’m working with him to try new things that maybe could be useful in the future. The Problems?  I have no answer as to what is happening, and this is a major obstacle for me. I say this because, in this situation, the main thing is to understand what the problem is and then intervene to solve it. On the other hand, I don’t know whether to intervene on the electronics, on acceleration, on braking, on the frame to improve my performance.”

So all Maverick can do is rely on hope.
“I hope the situation is different here. The track is very smooth, it could adapt well to the Yamaha and, consequently, I hope for a different weekend compared to Germany.”

Quartararo: “The best plan for the race is not to have a plan”