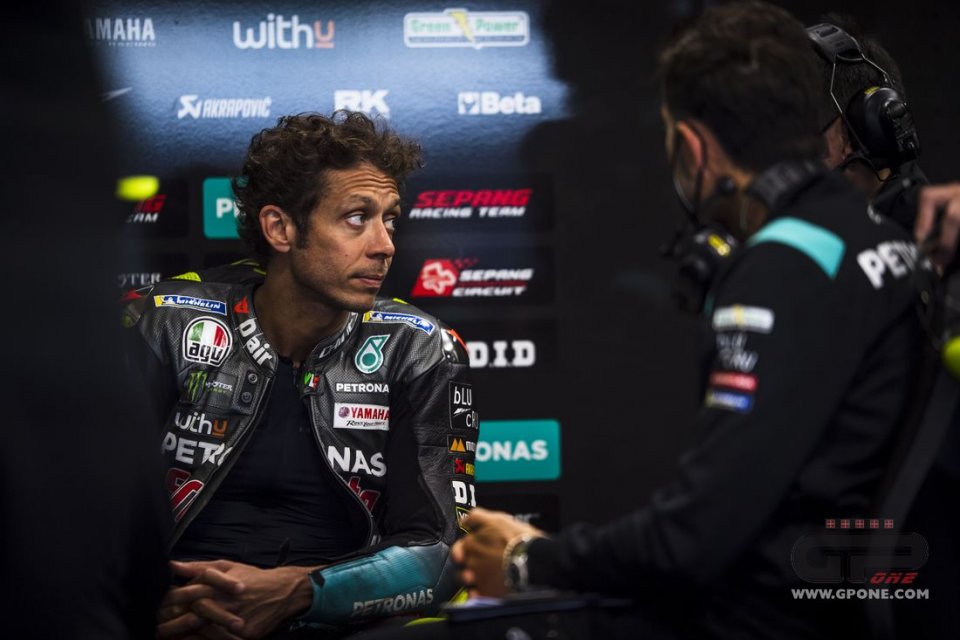 The rapport between the Assen track and Valentino Rossi has always been special and the fresh honorary citizen was not disappointed by his first Dutch day, despite it being complicated by the rain. The Doctor's name is in 17th place in the combined classification of the first two free practice sessions, but his sensations were better than the final position.

“I was also unlucky - he underlines - Because in FP2 I found several yellow flags and, on my last lap, it started to rain, without those problems I could have been between 10th and 12th place. My position isn't great, but the potential is better than that. The sensations on the bike are good, I just have to sort something out in the second and fourth sectors and then hope that tomorrow, but especially on Sunday, there will be a dry track ”.

Has Assen confirmed itself to be a friendly track?

“Riding here always gives me great pleasure, it has something special. In addition, the new asphalt has a lot of grip and there are fewer bumps, I had a lot of fun today. The M1 adapts well to this track and the great grip helps us solve our problems at the rear. When you ride the Yamaha here you can really push ”.

Can you already make a prediction about your weekend?

"It's a bit early, but I feel pretty optimistic, even if not to the point of fighting for what I would like, the podium. As usual they are all going really strong and I would say that at the moment I am in line with the second group. There is still some work to be done, we will have to choose the tires, but I'm not in that bad shape. "

And in case of rain?

"The asphalt works well even with water, but I only did a couple of laps in the wet to understand the sensations, which were good. It is difficult now to say what my potential is in those conditions ”.

Tomorrow evening Italy will play against Austria in the European football championships, will you follow the match?

“I’m so excited! I'm trying to see all the matches as much as possible, because I like this kind of competition. Furthermore, Italy are strong, they play very well and I like Mancini as a coach. We have already prepared the flags and I have the Baggio national team shirt with me. I will watch the game with Max and Uccio and some Academy riders will surely come, like my brother and Migno, who is a big fan. "

Rossi: “Maybe we can make a party together for the podium and I will pay...