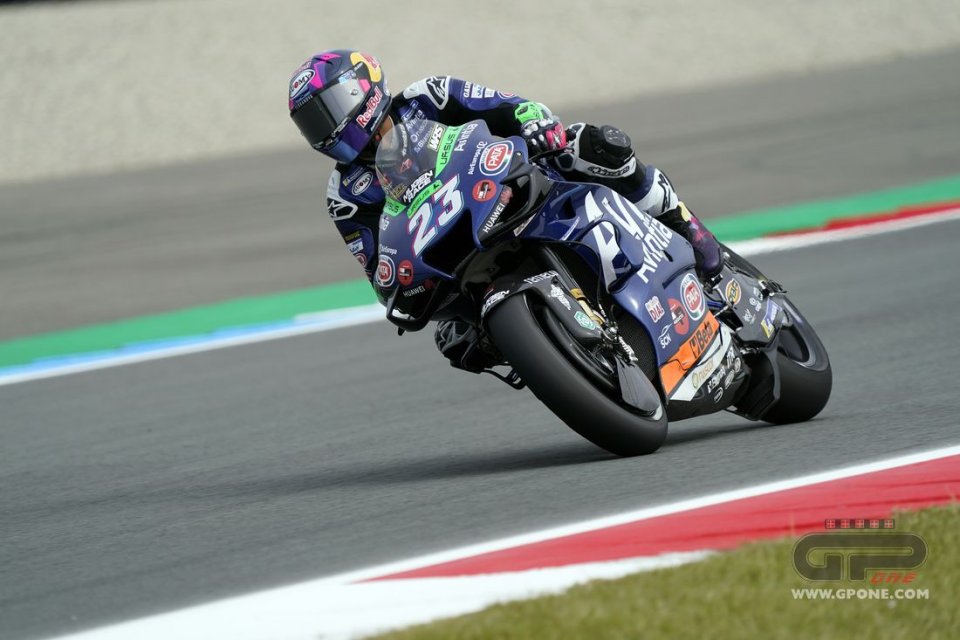 Enea Bastianini will be racing again with Ducati next year. The Borgo Panigale manufacturer had an option in its favour for 2022 that it confirmed in recent weeks, but he was not entirely convinced of staying. So much so that his manager, Carlo Pernat, had begun to explore other roads, such as the one leading to Noale. In the end, things sorted themselves out, but Enea was close to leaving Ducati for Aprilia.

"Honestly that’s the way it was – he confirmed - There was a moment when I wasn’t able to understand what Ducati was proposing to me, because I had made some requests and they were all denied. I didn't know to what extent they cared about me, but going ahead with the negotiations they met me half-way, they accepted my requests and then I signed, because it seemed right to continue with them ".

He will do it with the Gresini team and with a Desmosedici close to the official ones.

"I mainly wanted technical guarantees, because in MotoGP the level is very high and the details make the difference - explained Enea - I wanted to know how competitive my bike would be and now I know that next year I will have an evo GP21".

Now that his future is sorted, the Avintia rider must think about the present and the Assen GP, ​​which started today with the second free practice session conditioned by rain.

“My feelings are good, but this is a difficult track in MotoGP - he admitted after setting 20th quickest time - We especially need to adapt the Ducati to this track because it moves around a lot. Also there are some points where I’m struggling, while in others I am already fast, so I hope to improve in those corners where I go slowly ”.

Always with one eye on the sky…

"The rain did a bit of damage, I could have improved in the afternoon, and pick up the pace – he said – On the other hand, for me to have a bit of experience in the wet is always useful and I must say that the grip offered by the tires and the asphalt is also fantastic in the wet. It will be fun"