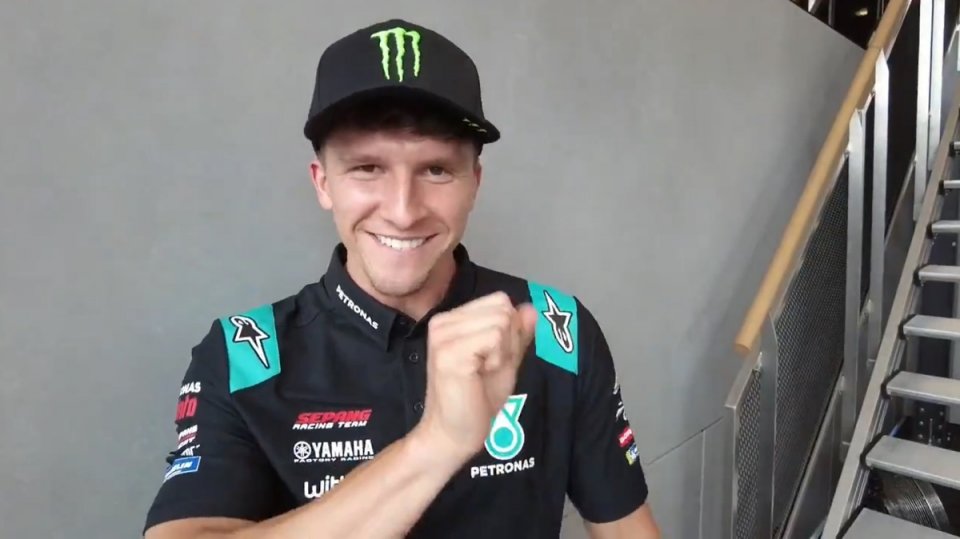 From Superbike to MotoGP, the jump is smaller than you might think. Just ask Garrett Gerloff, who after midweek tests in Navarra was contacted to replace Franco Morbidelli on the Petronas Yamaha.

The American then took the ball and tomorrow we will see him in action at Assen on the M1, sharing the garage with Valentino Rossi for the occasion. We recall that the two already met last October in Valencia, when the American had to replace the nine-time world champion due to COVID.

“I thank Yamaha for this great opportunity and at the same time I wish Franco recovers as soon as possible - began Gerloff - this is a great opportunity for me and I can't wait to get on the M1 to start the weekend and do my best".

A track like Assen will certainly put him to the test…

“I haven’t seen the track yet, it’s actually something I’m going to do after I finish this meeting is to do the track walk. But I feel like I know the track because I’ve been watching races from here my whole life and also with the MotoGP website, they have the onboard cameras and everything and I’ve been watching some of those. So, I’m excited to get on track tomorrow.”

For the entire weekend the American will share the garage with Valentino.

“I haven’t seen Valentino today, but it is strange to go to the box and to see his team and his bike over there to the right, which is the bike I rode last year. And now I’m on the other side now. It’s kind of curious, but anyway I hope to see him soon.”

During the Thursday briefing with the media, Gerloff then told us a bit of the background…

“I was coming back from the Navarra WSBK test and I got a message and it just sort of happened from there. It was definitely last-minute but thanks to everyone for all the last-minute work they’ve been doing to make sure I have everything I need for Friday morning. It looks like an amazing track, looks like it has a great flow, seems like a flowing track which I know is good for the Yamahas.

He had one final consideration about the expectations for the weekend…

“This is the second time for me on a MotoGP bike and so I have no idea what to expect. Last October, in Valencia, it was my first time and I had to find out everything, since I was starting from scratch. Now it will be different. I will try to gain confidence with the M1 and then we will obviously have to understand the weather. If it rains it wouldn't be bad (he smiles), as there was rain in Valencia as well ”.

Redding: “I enjoyed it so much that I ran out of gas on the track”

Rossi: “I wasn’t challenging myself by staying on the track with the slicks”