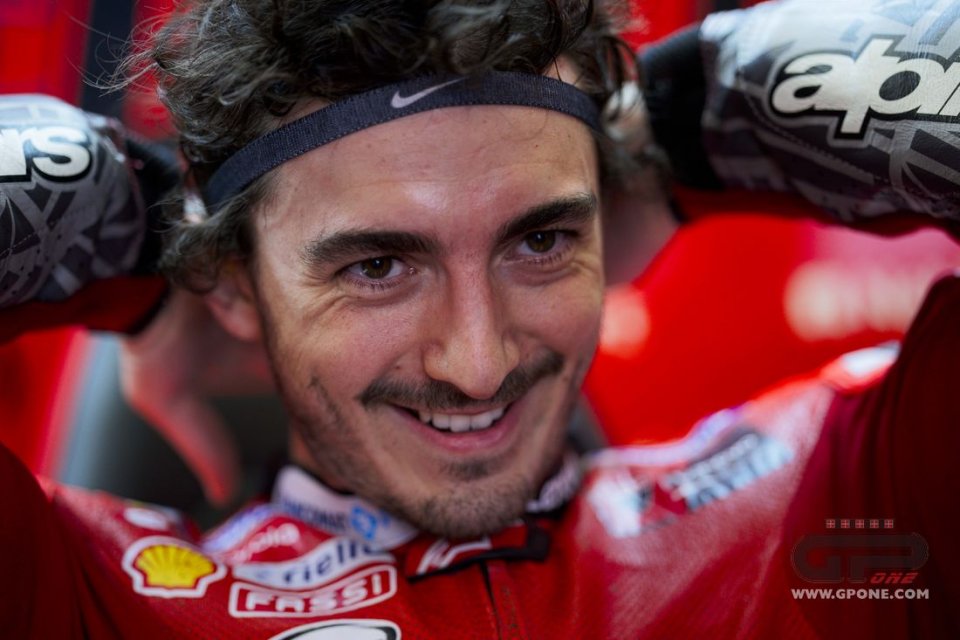 The Sachsenring Grand Prix ended without a factory team Ducati on the podium. Bagnaia was the protagonist of a good comeback that took him from 16th to 5th place, while Miller, after a good start to the race, moved into 6th under the checkered flag. The bad news is that both have lost points in qualifying from Quartararo. The good news is that they’ll be able to make up for Sunday in Assen.

As in Germany, Ducati has only one victory in the Netherlands in its history: in 2008, with Casey Stoner. But, the Cathedral of Speed – the track's nickname –  pleases both of its riders. Pecco won his first Moto3 race in Assen in 2016 and repeated it in 2018 in the Moto2.

“I’m really happy to be back racing in Assen, a track that I really like and where I won in both the Moto3 and Moto2, so much so that I even have it tattooed on my arm,” he  confirmed. “It’s a unique, track, and the weather conditions here will certainly be a deciding factor this weekend. On paper, we’re not among the favored but, even last weekend in Germany, we weren’t. On the other hand, if I hadn’t started so far behind in the Sachsenring race, I could certainly have fought for the podium. We’ll try again this weekend. We’re halfway through the championship, so it’s important to be able to get another good result before the summer break.”

Miller also has good memories of Assen in 2016: while the rider who would later become his teammate was winning in the Moto3, the Australian rider had his first success in the MotoGP.

“After the German GP, this weekend we’ll be racing again on a track that, at least on paper, is not among the most favored for the characteristics of our bike,” Jack warned. “But, I’m optimistic because, even at the Sachsenring, where we were not among the favored, we managed to be competitive both in practice and in qualifying, even if we lacked something in the race. In the Netherlands, the weather conditions will be a very important variable and, right here, under the rain, in 2016, I got my first MotoGP win. It’ll be the last race before the summer break, so I’ll do my best to get close to the top of the rankings and finish this first part of the season well.”