Stronger than his opponents, stronger than fear, bad thoughts, pain. Stronger than everyone else, as it used to be, on the right track and at the right time. Marc Marquez won against himself, flirting with his instinct, the one that made him crash almost a year ago in Jerez, the same one that made him triumph yesterday at Sachsenring. Everything else is a background to the story of a champion that everyone thought they had lost and who instead has been found again.

A colossus that overshadowed everything else. The solidity of Rins, the half miracle of Quartararo on the podium with Yamaha, the comeback of Bagnaia. This Sunday was just for him and now he knows that there will be more.

THE GOOD - More than just good, absolutely outstanding. Awesome. If it’s not the old Marquez then he looks a lot like him, irrespective of a friendly track and an arm that is not yet in place. Perhaps it will be a flash of light in still dark times, but in the meantime the star shone high in the sky for another Sunday. As in fairy tales in which the champion always triumphs and, you know, the heroes are all young and beautiful.

THE BAD – Just imagine a Sunday when a one-armed rider triumphs. Just imagine he’s riding your bike. Just imagine you finish 10th or 13th or you crash. Just imagine you have to start asking yourself some pretty serious questions. Because Honda hasn't solved its problems overnight, but whoever wins is always right… while Pol Espargarò, Takaaki Nakagami and Alex Marquez are wrong.

THE UGLY - Luckily Quartararo has broad shoulders, they are used to support the weight of a Yamaha that is sinking without trace with everyone but not with him. Vinales is kicking up a fuss, Morbidelli is becoming a yoga guru in order not to explode, Rossi has to decide his future on the basis of a future he does not like. A lot of questions and very few answers for an M1 that, even when it wins, it is unable to convince its riders.

THE DISAPPOINTMENT - Aprilia wanted him in MotoGP just a year ago, Petronas thought about bringing him next season, but does Joe Roberts really deserve it? The talent is there, but the results are not yet and a crash on the last lap of the German GP has certainly not improved the situation.

THE CONFIRMATION - Oliveira, Gardner, Acosta. Anyone who doubts that KTM has no nose for riders should recite the triad for penance. Three names that say the present is orange … or rosy, but probably the future even more so. And now that the RC16 is back on track, they don't even risk losing them. 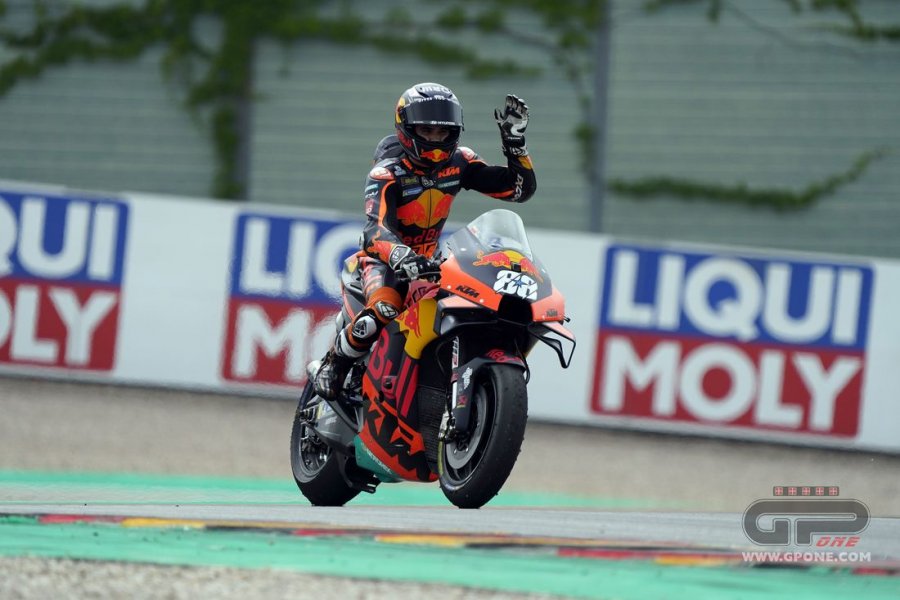 THE MISTAKE – You learn by making mistakes, even though rookie Raul Fernandez didn't seem to need any lessons up until the Sachsenring. A heavy tumble for the championship, but totally forgivable for the Spaniard.

THE SURPRISE - The last time an Aprilia was in the front row there was still the scent of castor oil in the paddock. They have been working well at Noale and Aleix Espargarò has put his head right this year. He is still missing a podium, but now it's not impossible.

THE PASS – It’s easy to give Bagnaia the prize after his comeback, but the Ducati rider receives it with a grimace. The pace was there, qualifying was not (but it wasn’t his fault), and the first laps remain a mystery. Pecco's mosaic is almost complete, he just has to fix the last tiles.

THE CURIOSITY - A foot wrapped in tin foil is a specialty of Pol Espargarò. For optimal cooking you need a Honda V4 and the summer climate of the Sachsenring. Then they go and say that Germany is famous only for sauerkraut and würstel in the kitchen. 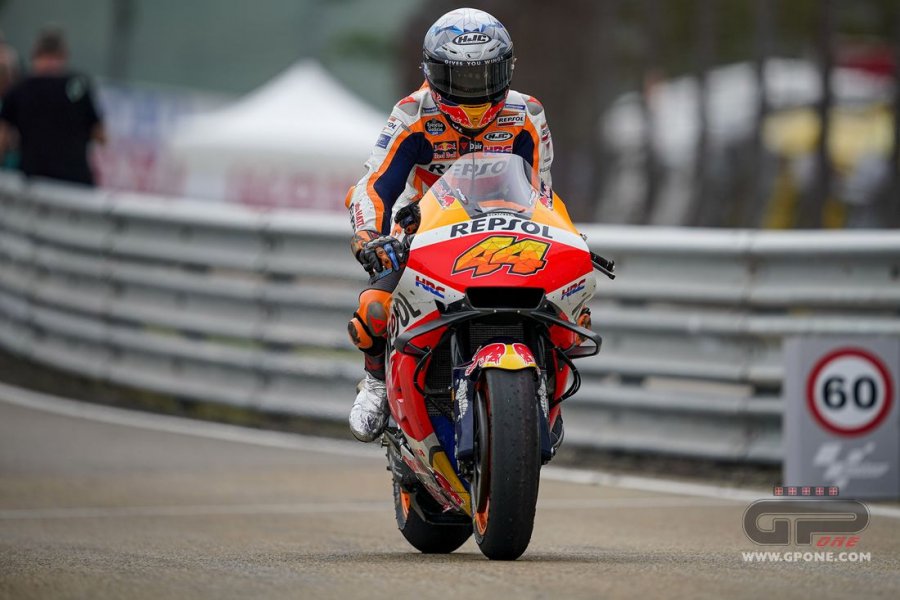 I TOLD YOU SO - "Don't bet on me" guaranteed Marquez. The bookmakers’ association decided to send him a bouquet of flowers…