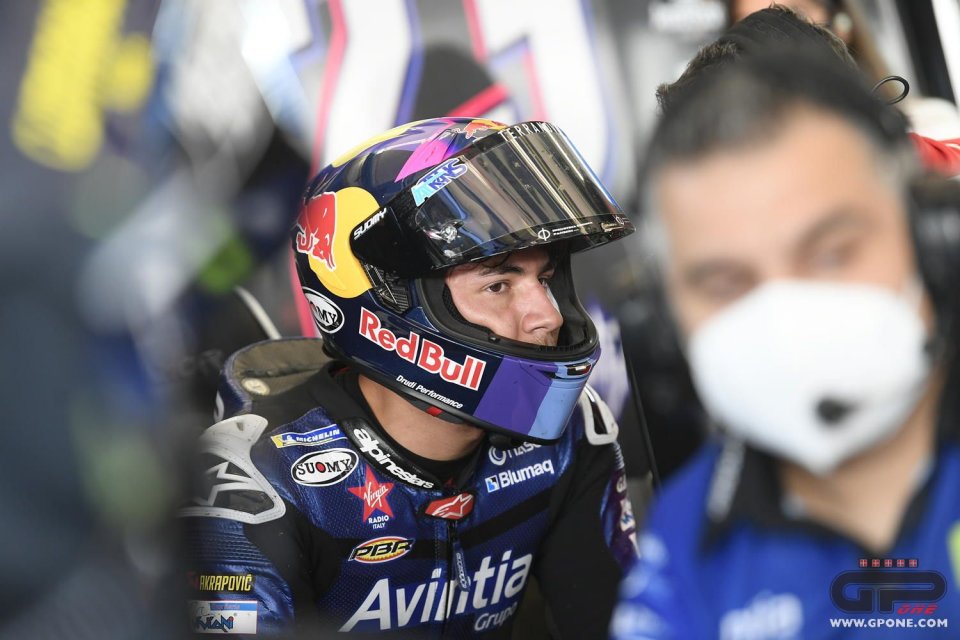 Enea Bastianini’s race weekend was nothing to write home about. The Avintia Racing team rider finished the German GP in 16th position, missing out on an opportunity to earn the one point for 15th place. That point was brought home by his box mate Luca Marini.

“It didn't go as I wanted, I didn't earn a single point. I'm a bit sad. All weekend I suffered a lot in the corners and I'm disappointed because I was quite fast on the rest of the track. We need to understand why and for this I will look closely at the data. Today that's the way it went”.

On a narrow track like this, what does it mean to lose three positions on the grid?

What did you think after the penalty?

“I was upset because I didn't do anything. I had entered the track and was doing a nice lap, then I lost it behind. I saw that Lecuona and Binder were coming and I let them pass, then I started lapping again. Danilo caught me on that lap but I was lapping. Then going downhill he passed me so I don't think I disturbed him that much. His reaction was an exaggeration, I think he needs to find some serenity. It seems that he has been asleep since the beginning of the season ”.

Race Direction was more responsive this week. Did it seem they exaggerated in the opposite way?

"Yes, right. Rather than Q1, where I was penalized, I would go and have a look at Q2. There everyone stopped to wait, it is true that the regulations in MotoGP do not stipulate anything, however, compared to what I did ".

What do you expect for the next race?

“Assen is a track that I like very much, I'd like to get a good result. It's one of my favourite tracks if not the best ”.

Many riders admitted that even before the weekend they put Marc Marquez down as winner here. Did you think so as well?

"Yes. I expected it because on this track Marquez seems to be unbeatable. I definitely expected him to get onto the podium. I didn't think he was ready for the win yet, but apparently he was”.