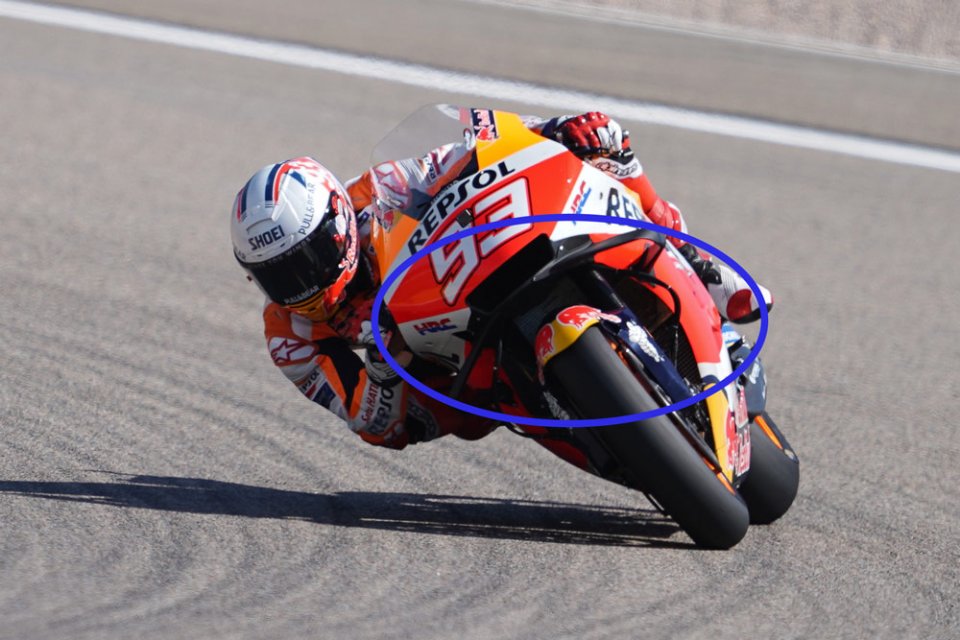 Marc Marquez took to the track for the first free practice session at Sachsenring with an important new feature on his Honda: a brand new fairing. A solution with lower wings (in Yamaha style) that had already been seen at the beginning of the year during the Jerez tests with test rider Stefan Bradl, while Marc had tested it on the same track after the Spanish GP. He must have liked it, because he decided to use the only homologation granted by the regulation during the season to take it to its debut at the race weekend in Germany. For the moment he is the only one to have done it, while all the other Honda riders have the 'standard' fairing fitted.

It is no mystery that the RC213V is in trouble and Marquez is starting to work on the bike and, as Sachsenring is one of his favourite tracks and the least physically demanding for his condition, he wants to use this weekend to clear his mind a bit.

The new aerodynamics could be useful on the slower circuits, such as the German one, even if the first time in FP1 is probably more due to Marc's right wrist than to this new feature.