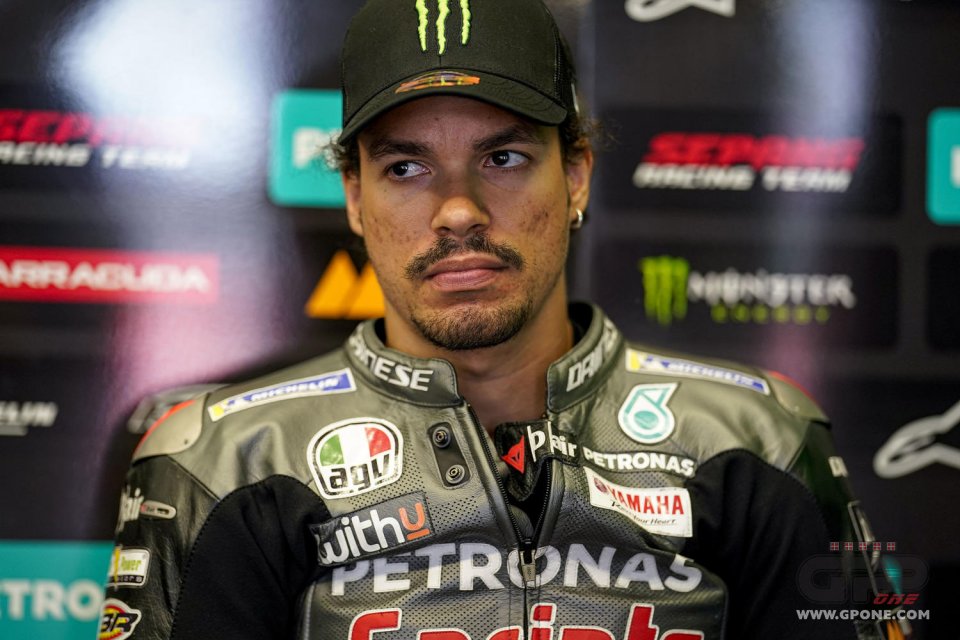 Franco Morbidelli arrives in Germany without suffering from the usual chronic anxiety for the long straights. This is the only way we can define the situation in which the Yamaha Petronas rider finds himself; every time he is at the start of an average long straight he is aware that he can be the last in the top speed ranking.

His M1 has a clear horsepower deficit, but the tortuous Sachsenring could hide this gap and perhaps enhance the qualities of the Japanese bike's chassis, which is the only weapon Morbidelli can use to contain his rivals. This is the 2021 season in a nutshell for Franco, a constant unequal struggle, which he carries out with pride. Except that pride, just to quote the Italian rider, doesn't make you faster on the track. We also have to consider that in the modern era this track has had one undisputed master, a rider who can't wait to get back onto the top step of the podium.

"For sure Marquez is the favourite. He's won them all here since he has been racing in MotoGP, it's impressive - said Morbidelli - He's the favourite despite not being in peak form."

But Morbidelli is not focused on his rivals, but rather on an important weekend for his season.

"We are in Germany and it is much warmer than expected. It is a track I have good memories of, I have had good results in the past. I am happy to be here, the track layout should be good for me this year, there are no long straights and I should like this. We come from a good weekend in Barcelona, ​​where I was very fast. Now we're here, let's see what I can do. "

You seem optimistic about your potential…

"The Sachsenring is a track where I have been fast. This year the speed difference on the straight sometimes penalizes me, it will be better here because simply there are no straights."

Do you think this is your best chance this season?

"It’s difficult to be sure of having a chance with any certainty. Last race I didn't get close to the podium or to the win. I’m not coming here saying that this is a good chance. On paper it could be a track that doesn't have those points where I lose on other tracks. There simply aren't any. This gives me confidence, at least approaching this weekend and I hope to have it all weekend. I want to get on the track and find out if it will like that, but I still don't feel like saying that it is a chance. I want to wait until Saturday night before saying anything. "

The news of the agreement between Gresini and Ducati has arrived. One more potential problem?

"For me, Gresini's Ducatis will simply be more rivals. The more bikes there are on the track, the better because there is more competition, there is more show and talented young riders have more space."

The chessboard of the 2022 line-up is taking shape even more. Any news about your future?

"They are talking at Yamaha right now, but I have no information at the moment."

KTM has had some great benefits from the introduction of a new fuel. Will this be a development that you will also have at Petronas?

"I know that Petronas are working on the new fuel, but at the moment there is nothing concrete in the garage yet. I just know that they are working a lot on it."

In the Montmelò tests you didn't try anything new. Is this an advantage when the race weekend starts? Knowing that the bike hasn't changed?

"I didn't try anything new in the tests and that's it. From a certain point of view it could be a small advantage, because I can only think about sorting out the bike for the track. In my opinion it's a different way to face the weekend and in my case it's the only one. I don't know how much an advantage it is, in the end it's the only way I have. "