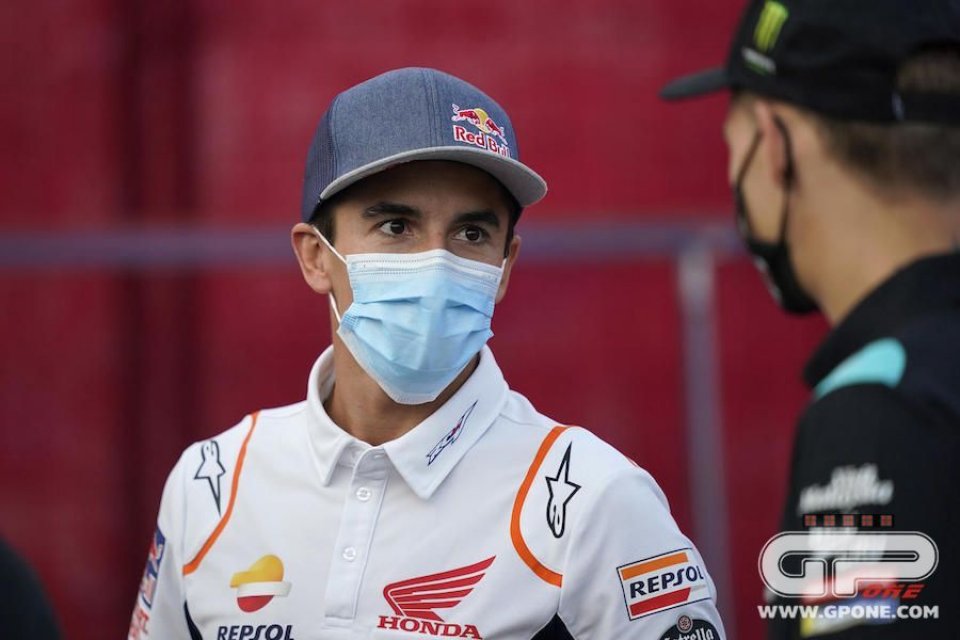 Like many other tracks, the Sachsenring was born as a street circuit, precisely in 1927,  measuring 8.6 kilometers. It entered the World Championship for the first time in 1961 (with the name “East German Grand Prix”) and remained on the calendar until 1972. When the World Championship returned to Saxony in 1998, the road circuit was forgotten, and the current track to its place.

Racing around sidewalks and through houses is something that the World Championship riders no longer experience, whereas their Formula 1 colleagues still drive on city tracks. Would the MotoGP riders accept racing in those conditions again?

Marc Marquez answered this question: “Road circuits seem unthinkable today, due to the type of asphalt and the lack of ride-off areas when cornering, speaking in terms of safety. Riders who raced on those tracks in the past deserved great merit because they did so in inferior safety conditions than those of today’s MotoGP riders. If safety on a road circuit could be guaranteed, with good ride-off areas, in the event of a fall or braking error, it could be taken into consideration. I think there’s a project on this, but I don’t know much about it at the moment. Why couldn’t it really be done? If we could race on a street circuit in the future, that would be nice, but a lot would have to be done in terms of safety, with fairly wide ride-off areas, and that would be really difficult.”

Joan Mir is more doubtful. He was also interviewed in a small survey carried out by Estrella Galicia: “I don’t think you can have the same high levels of safety of a permanent circuit on a road one. There are many obstacles, and I think it would be dangerous, especially considering the power  of a MotoGP.”

His teammate, Alex Rins, also agrees: “I think the street circuits were spectacular, but it seems very difficult to me racing on a street circuit nowadays with the current bikes and the speed at which we go. Although safety has improved a lot, I don’t think it can be done. If the safety conditions were as high as they are on permanent circuits, of course I would like to race on those tracks.”