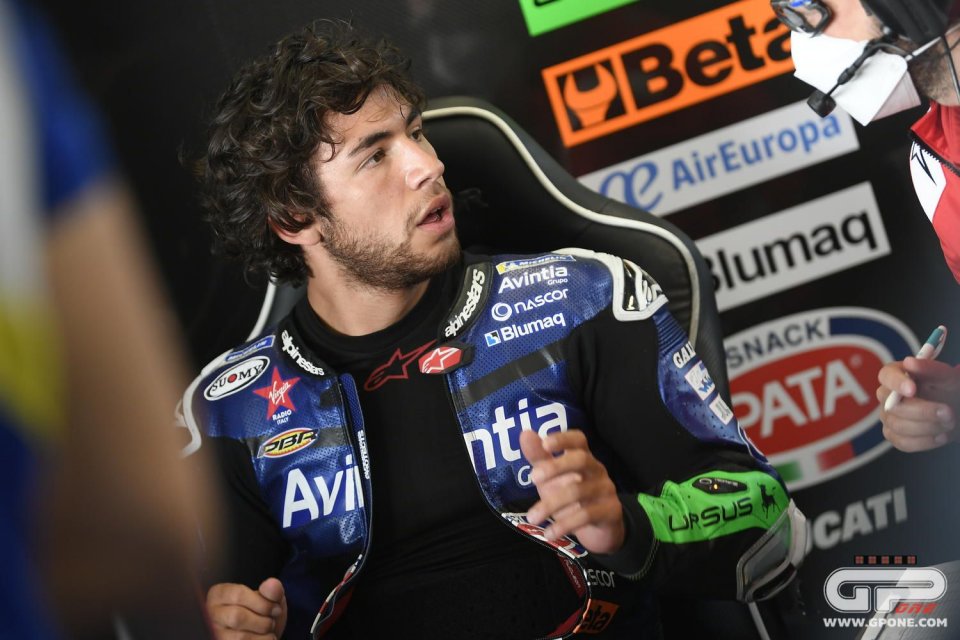 After the announcement this morning regarding the agreement between Gresini and Ducati, in the MotoGP starting in 2022, the Italian team confirmed that the two riders who will share the garage next year will be Fabio Di Giannantonio and Enea Bastianini. #23, who currently races in the MotoGP with the Avintia Racing team, pointed out that the contract with Ducati exists, but it hasn’t yet been defined. However, it should be completed in the next few days.

“We’re still working on the contract. Gresini has signed with Ducati, and Ducati has confirmed me,” Bastianini began. “This week, I’ll have to talk to them to change things in the contract. I’m positive but, for the moment, it’s not yet entirely finalized.”

Does Ducati prefer to give you a slightly older bike, to then see the results and give you a factory bike the second year?
“There are things to be defined and discussed. Like I said, I’m positive. We haven’t yet begun to clarify everything, and I think the definitive answer will come in the next few days. I won’t have the 2022 bike, that’s for sure… But, at the moment, I’m working to obtain as much as possible. I don’t have a general picture yet.”

How are your shoulders?
“I feel better than last week. The pain was really bad, and I worked with my physiotherapist. I'm a lot better. It all started after the fall at Mugello. In the beginning, I felt so-so in the beginning. After two or three days, it became increasingly difficult. In Barcelona, it was difficult to stay on the bike and, after three laps, I was already feeling tired. I trained on bicycles, and I feel better, but tomorrow we’ll see how it goes with a MotoGP.”

Do you have any specific expectations for this weekend?
“I'm here to race. I’m glad my shoulder and arm are doing better. I like the Sachsenring. It’s a unique  track. There’ll be many laps to do, and I think it’ll be challenging. It’s really hot this year.”

“It was Fausto who discovered Bastianini and Di Giannantonio, he would have...