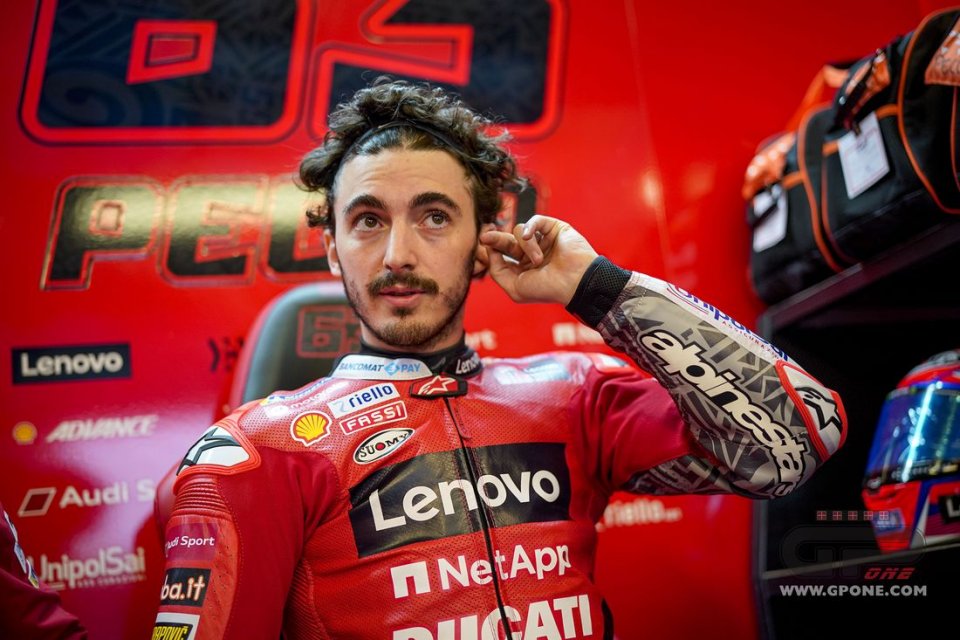 Short and winding, the Sachsering is not exactly a circuit designed for the Ducati that, in Germany, only achieved one victory, in 2008 with Stoner. Bagnaia and Miller will have to make a virtue out of necessity, because they still aim to recuperate points from Quartararo, who commands the World Championship standings.

Pecco also has to redeem himself after two races below expectations. He fell at Mugello and didn’t make it to the podium in Barcelona. So, the rider from Piedmonte isn’t allowed any other slip up.

“We’re at the eighth round of the season, and the second-to-last race before summer break. It’s a very important moment for the championship, and it’ll be essential to be able to get a good result this weekend,” Bagnana clearly stated. “The Sachsenring is definitely not one of the most suitable tracks for the features of our bike, but I’m confident I’ll do well this year. As always, it’ll be important to be competitive right from the start of the weekend. I can’t wait to get back to work with my team right away.”

Miller also knows that the weekend ahead of him won’t be a walk in the park.

“After almost two years, we’re back to racing in Germany, at the Sachsenring. It’s a rather unique track, and it’s also one of the shortest on the calendar” Jack commented. “The Ducati is not among the favorites on this circuit, but we managed to be competitive this year, even on tracks that should have caused problems. Also, we’re coming from another positive weekend in Catalunya, and my feeling with the Desmosedici GP continues to be excellent, so I’m confident that I can fight for another good result in this Grand Prix as well.”