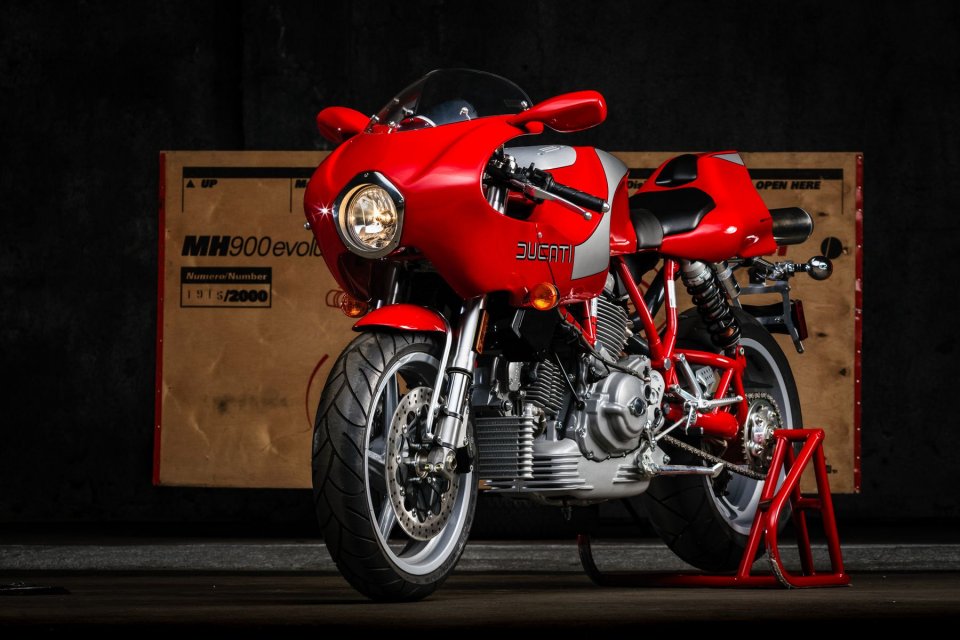 For lovers of the Borgo Panigale company, the MH900 Evoluzione represents one of the most iconic models. We are talking about the bike designed by Pierre Terblanche and dedicated to the NCR 900 with which Mike Hailwood wrote one of the most beautiful pages in the history of motorcycling by winning the Tourist Trophy in 1978.

The immortal lines of that racing beast were reinterpreted by Terblanche, one of Ducati's most controversial but also most visionary designers. The decision was made to produce just 2,000 examples of this bike, which, after being shown in concept form, was so popular that Ducati was forced to continue with the industrialisation of the model. The low number of units produced together with the exclusivity of the MH900 have made it one of the most appreciated motorbikes by collectors and this week the website Bring a Trailer is auctioning a piece that will be very successful.

The MH900 No. 1915 is for sale, with all original accessories including the Ducati shipping crate. The bike for sale has just 12 km on the clock, and is therefore comparable to a brand new model, perfectly maintained as far as we can tell from the photos. The bike is currently located in Oregon and the price is likely to be very high. The auction closes in six days, so if you're one of the lucky ones who can afford to keep a gem like this in your garage, now is the time to step up.