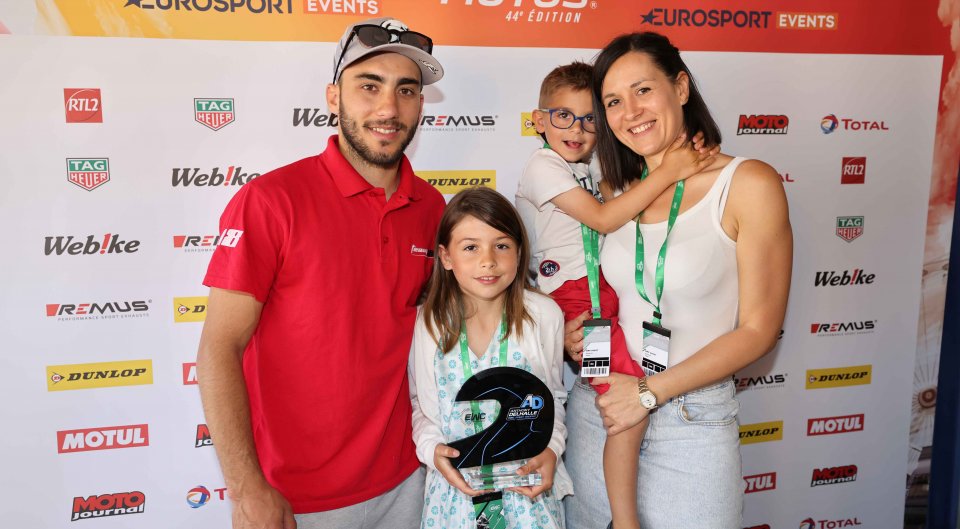 Hugo Clère, who was in the three-bike crash on the Dunlop turn, courageously put help and solidarity ahead of rivalry and the race.

As soon as he got up, Hugo ran to help Sylvain Barrier. The Wójcik Racing Team rider was trapped under his bike, which had started to catch fire. Hugo helped Barrier to a safe distance to await the marshals before getting back on track.

In doing so, Hugo Clère embodied the spirit of his team of firefighters, Team 18 Sapeurs-Pompiers CMS Motostore.

His action won him the Anthony Delhalle EWC Spirit Trophy, awarded to him on Sunday at Le Mans by Anthony’s children Andrea and Sophia Delhalle in the presence of Anthony’s wife Jessie.

The Anthony Delhalle EWC Spirit Trophy is awarded by a jury at every FIM EWC in memory of the sporting spirit of Anthony Delhalle, the Suzuki Endurance Racing Team rider who passed away in March 2017.