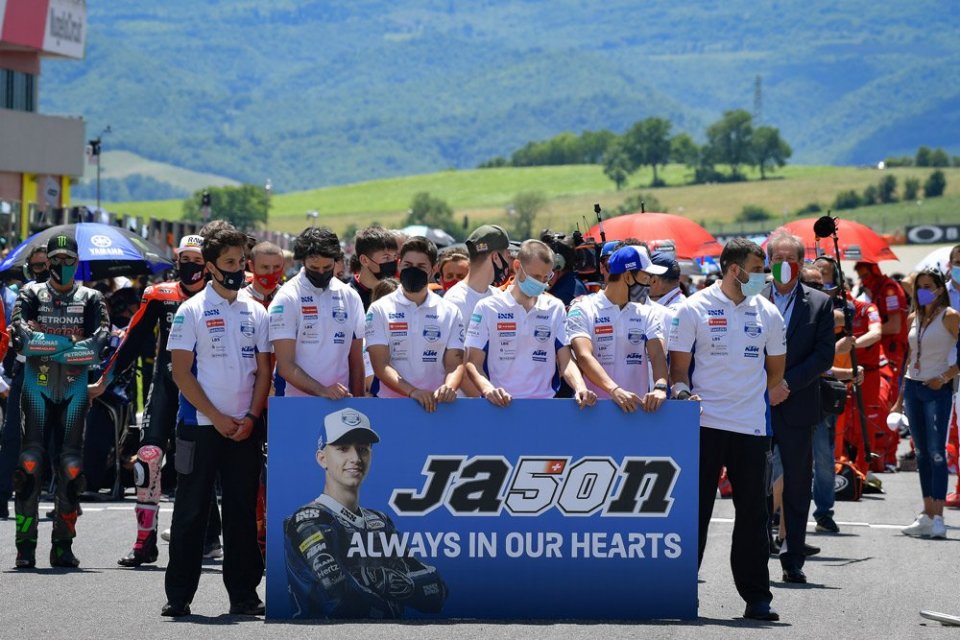 The #50, which belonged to Jason Dupasquier in the Moto3 class, will no longer be worn by any rider. On Friday, at 5:30 pm, a ceremony will be held at the Sachsenring, during which everyone on the PrustelGP team will be present. FIM and Dorna decided to commemorate the memory of the Swiss rider – who tragically died during the Italian Grand Prix at Mugello – by withdrawing his race number.

In the past, other race numbers have been withdrawn to commemorate riders, such as Marco Simoncelli’s #58 in the MotoGP, Nicky Hayden’s #69, Daijiro Kato’s #74 in the Moto2, as well as Shoya Tomizawa’s #48, and Luis Salom’s #39.