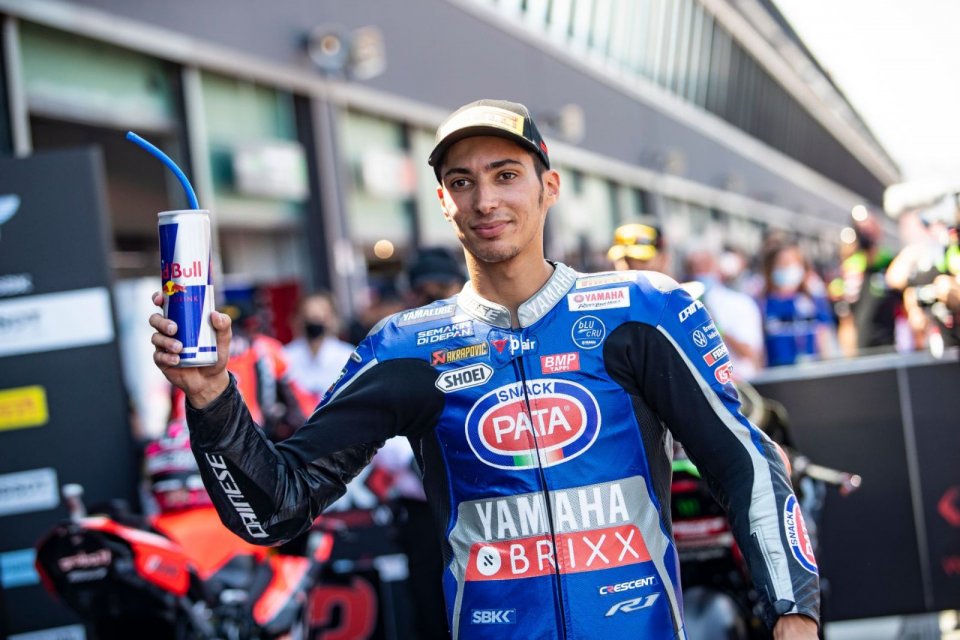 Victory in the second World Superbike race at the Misano World Circuit Marco Simoncelli today went to Toprak Razgatlioglu and Yamaha. In taking his fourth career victory with the Japanese manufacturer, Kenan Sofuoglu's pupil (finally) managed to get the better of his chief rivals, Michael Ruben Rinaldi and Jonathan Rea above all, at the end of a nail-biting race.

"I'm happy because this weekend with the team we worked hard and well on the bike - he said - we used a different set-up, but in the warm-up I didn't feel comfortable, while in the Superpole Race the improvement was significant, especially under braking as my riding style is very 'stop and go' ”.

Taking control of the race on lap 8 of 21, the 24-year-old was able to pull out a safe advantage of one second, holding on to the finish line and defending himself from the return of the Ducati rider.

“I was able to follow Michael closely during the Superpole Race - he pointed out - at that moment I realized that I could have won without thinking too much, just by pushing hard on each lap. I race to win, I'm not satisfied with second place. In the previous races we almost always finished on the podium, but we were missing the win”.

After arriving at Misano with a gap of 35 points from the leader Jonathan Rea, thanks to the problems the British rider had at the Santamonica circuit, Toprak gained a total of 15 points, and is now at -20. It’s something race in today's SBK, but it does nothing but confirm the validity of the Yamaha project.

“I’m not thinking about the classification and the gap from Johnny, otherwise I stress myself too much. Obviously we want to fight for the title, however, as far as I'm concerned the goal is to ride to the best of my ability. We are making progress 'step by step', there are still several rounds ahead of us, anything can happen ".

The Riviera did not bring much luck to his Kawasaki rival, who did however take home three third places.

“I think they were complicated races for all of us, especially for Jonathan. In any case, even if in difficulty, he manages to contain the damage every time by finishing in the top-3 thanks to his talent”.

Calendar in hand, in three weeks the production-based championship will make its next stop in the UK, at Donington Park, a welcome return following last year’s forced absence and historically favourable for the Japanese four-cylinder bike (look at Michael Van der Mark's double win in 2018).

“I am going to the next round on the strength of what I did this weekend. On paper it looks like a favourable track, but I'm curious to see my potential since I've never ridden there on the YZF-R1 ”.

While today Toprak was a positive surprise, in the past few days he made a visit to Tavullia, specifically to Valentino Rossi …

“I passed by the Ranch on Friday evening, after free practice. I talked to him for a long time, I consider him a very good person and a legend of motorcycling. He always follows my races, unfortunately I couldn’t do any drifting, I preferred not to take any risks in view of Saturday (he joked). Will I replace him at Petronas? I don't know, I'm happy here in Superbike”, he concluded.