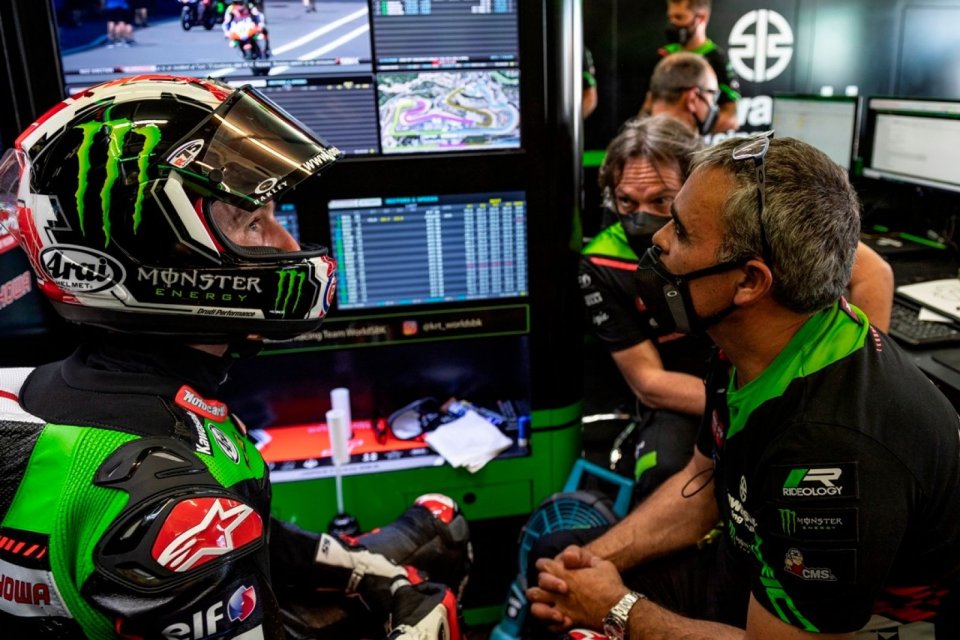 Opening day at the Misano World Circuit Marco Simoncelli didn’t start out great for Jonathan Rea. Forced to return to the pit lane after not even one lap, the Northern Irish rider had a problem with the rear brake pump of his Ninja ZX-10RR. He ask Akashi’s technicians to replace it during construction and lost a large part of the first free practice session.

“The FP1 turned out to be a total disaster. I had never used it before the last three years,”  he specified. “I didn’t have a good feeling with the caliper, since it had just been inspected. It obviously needs to be tested longer, in order to function correctly. After that, we retraced our steps, and I felt more at ease. We got the times, and I even managed to try the new SCX tire.”

After this moment of apparent difficulty, the Kawasaki Racing Team World SBK rider finished the FP2 in third place in the afternoon, with a time of 1’34”848 behind Michael Ruben Rinaldi and teammate Alex Lowes (4th in the combined, Toprak Razgatlioglu also behind).

“Michael went really fast. He kept a great pace between a high ‘34 and a low ‘35. The same can be said of Toprak. Instead, I have to analyze what Scott Redding did,” he continued. “We still have to fine-tune some parts of the bike for tomorrow, especially in acceleration. Unfortunately, we don’t have much time available, since the FP3 is nothing more than a warm-up before the Superpole, but I’m not worried.”

As mentioned, a new special “super soft” was introduced this weekend for the rear, which contributed to further shuffling the cards on the table.

“It has a lot of potential, both on the flying lap and in long distance. Compared to the standard version, where you have to manage wear, this one seems more stable in terms of performance. Pirelli has done an excellent job, but there are no previous references, so we’ll have to study it in detail soon,”  he concluded.