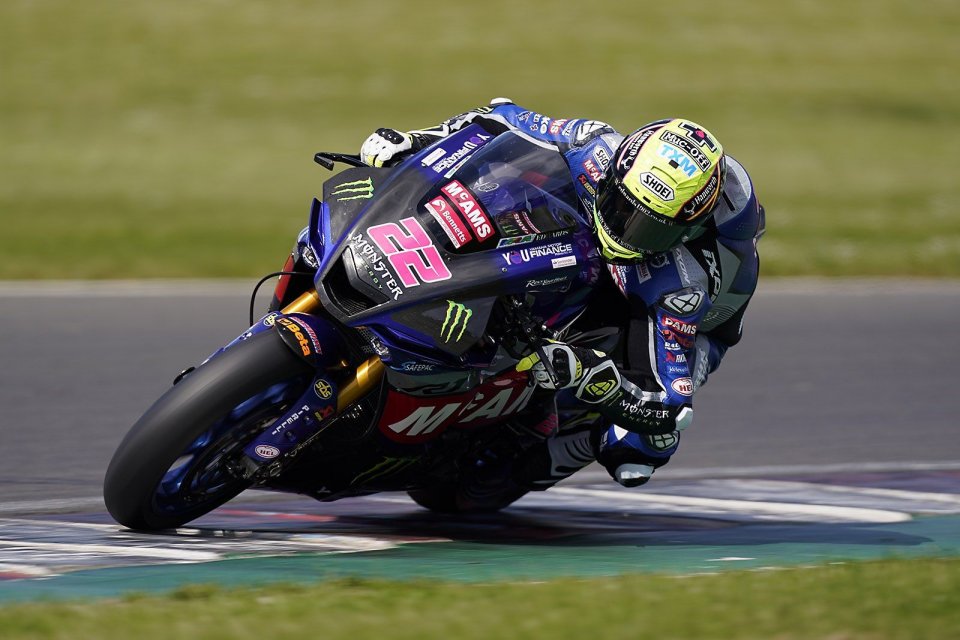 Today the curtain fell on the pre-season phase of British Superbike. Waiting for the start of the future season, scheduled for the weekend of 25-27 June next in Oulton Park, the riders and teams of the UK domestic championship got together at Donington Park (in its 'National' configuration ) for the final act of the so-called "2021 Test Tour". In front of the 4,000 fans present at the East Midlands facility, we witnessed a day full of entertainment and uncertainty, with Jason O'Halloran at the top of the timesheets and even 12 riders enclosed in just a second in pure BSB style.

Already extremely competitive in the previous collective outings (Silverstone 'National' and Oulton Park in primis), Jason O'Halloran confirmed himself as the fastest also on the 3.185 km Donington "short" circuit, setting the new benchmarks. On his #22 YZF-R1, in the afternoon the Australian impressed for consistency and speed on the flying lap: a 24 lap simulation on a pace of 1'06 (with Pirelli SCX at the rear) in the second session and a further improvement to 1'05.725 in session 3. These are just tests, but the 2020 runner-up wanted to confirm his potential in view of this season. The progress made by the Team McAMS Yamaha was also confirmed by the performance of teammate Tarran Mackenzie, second just 184 thousandths behind.

The result of technical regulations capable of equating the performance between the various manufacturers, for some years now in British Superbike there has been a general balance, so it is not a surprise to find all six manufacturers in the upper part of the standings. Kyle Ryde scored a positive third position on the BMW M1000RR of Rich Energy OMG Racing. Behind him were Glenn Irwin with the updated Honda Racing UK CBR 1000RR-R, a surprising Danny Kent (Buildbase Suzuki), leading in session 1, and the VisionTrack PBM Ducati duo composed of reigning champion Josh Brookes and Christian Iddon. Steps forward as far as the Kawasaki Ninja ZX-10RR is concerned, in the final session Lee Jackson (FS-3 Racing) was able to move into ninth position behind Gino Rea on the second GSX-R 1000, while Peter Hickman (FHO Racing) completed the top-10, eight tenths from the top (the first 12 in just 940 thousandths ..).

While in the latter team Faye Ho had to do without Xavi Forés due to the FIM EWC 24H of Le Mans, the team manager had some consolation with a marriage proposal (!!) from BSB director Stuart Higgs. The SYNETIQ BMW by TAS fared much worse: three crashes for its riders (two for Andrew Irwin ..) and, in addition, Danny Buchan had a technical problem in session 3.

Now that the pre-season tests have come to an end, all eyes will be on the weekend of 25-27 June when the 2021 season will finally get underway on the ups and downs of Oulton Park, with a the favourites difficult to fathom. All that remains now is to line up on the grid! 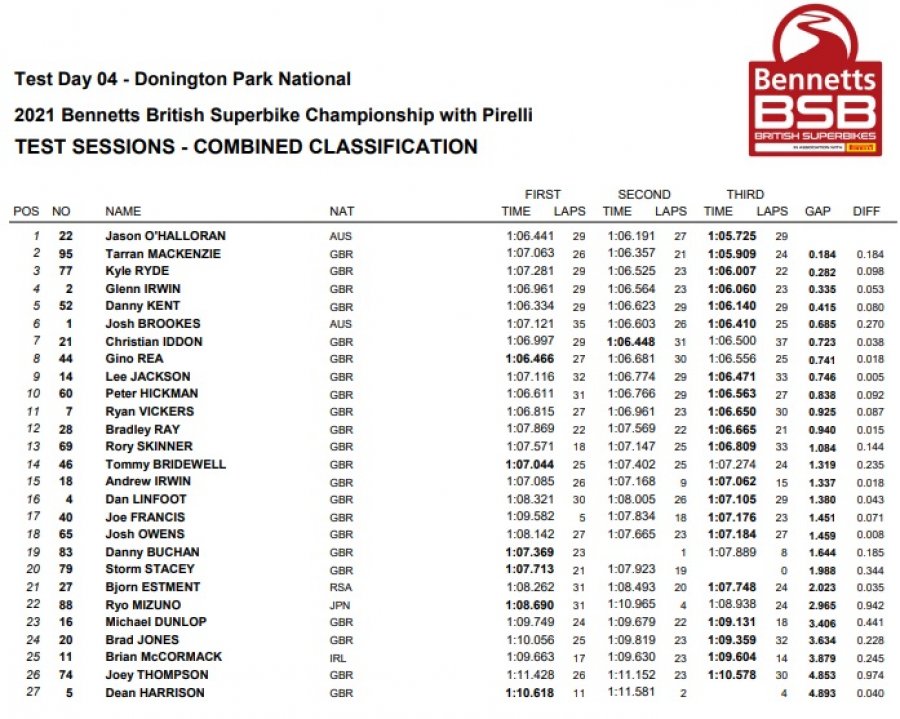