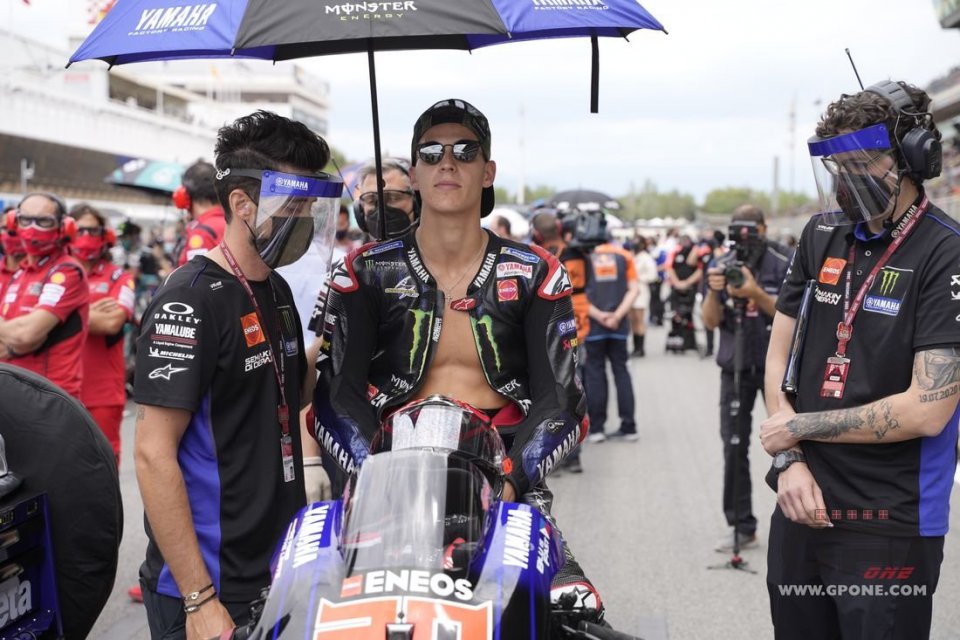 One of the first posts that appeared on social media last Sunday after the race in Barcelona was from Casey Stoner, calling for the black flag for Quartararo, who had raced the last few laps with his leathers open. There were several riders and former riders who expressed their opinion on what happened and Fabio wanted to forget the controversy.

Questioned by Sky on the matter, however, he was unable to not answer the Australian champion.

"He is at home and he likes to fish – were the words of the Frenchman - If it had happened to him ten years ago he surely would not have said anything. I don’t want to comment on any rider or people in particular, but I have seen the real face of some with whom I had a good relationship ".