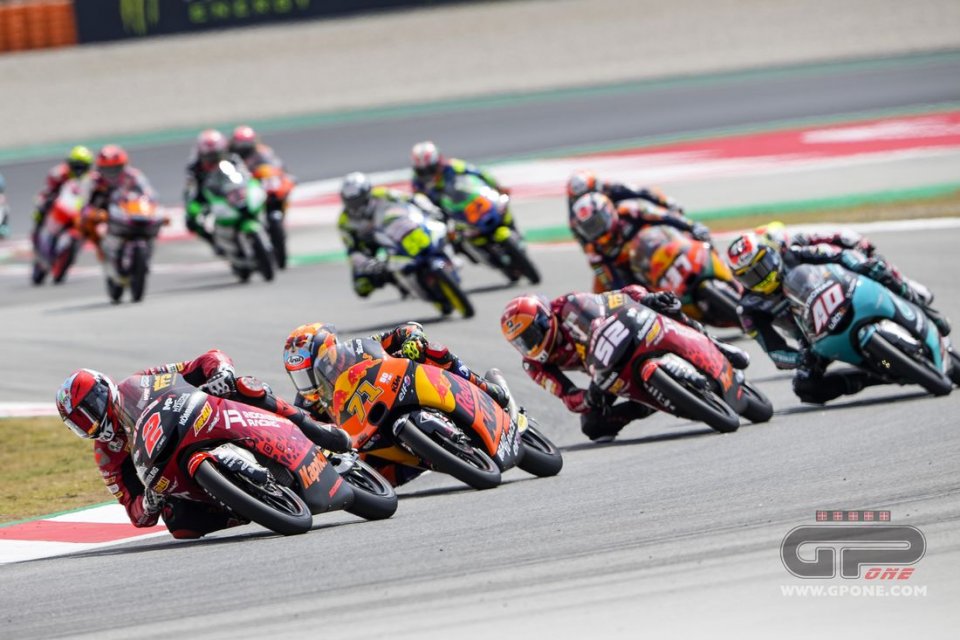 EFFECTIVE IMMEDIATELY - Riders who will participate in Q1 and Q2 are determined by combined times of the free practice sessions. Because of infringements such, as exceeding track limits, it is sometimes difficult to finalise the results after FP3 because infringements can be discovered by Race Direction or reported to the MotoGP Stewards. This can lead to teams having insufficient time to prepare machines for Q1 or Q2. In future, combined results of the free practice sessions will be finalised 60 minutes after the end of FP3. Similarly, the results of Q1 will be finalised five minutes after the end of that session. Any infringements which could alter the results, discovered after this time, would not be actioned and will not be subject to protest or appeal.

In order to ensure continued cost control for Moto3 teams and manufacturers the following proposal was approved by the Commission.

• The maximum price for a complete rolling chassis will remain at €85,000.
• As part of the engine package, each manufacturer will only be required to supply 3 gearboxes sets per two rider team. • Each team will be permitted to rent a maximum 2 additional sets of gearboxes at the capped price of €2.500 each.
• A Maximum of 6 engines per rider, for the season will be permitted. However, a manufacturer at their choosing may allocate 5 engines per rider, for the season.
• Manufacturers can continue to charge the Championship €60,000 per entry for engine supply whether the allocation is five or six engines per rider.
• Because engines are rebuilt during the season and re-allocated to the teams, the manufacturers need to avoid unnecessary additional rebuild costs due to misuse of the engine. Therefore, A protocol will be agreed with the manufacturers that will define what is believed is an acceptable use of the engine by the teams and riders. Meaning, teams can be charged for proven engine damaged caused by the rider or team exceeding these parameters.

• It has been agreed that all parties will make every effort will to introduce a new and more sustainable fuel.
• From 2024, bike specifications will be declared for a minimum 2-year rolling period (with a review during mid-season of the first year to evaluate the possibility to increase to 3 years). This means that at the start of the 2024 season, each manufacturer will declare their bike specification at the first event of the season, with this specification being frozen until at least the end of the 2025 season.
• To avoid the possible issue of a manufacturer having a design problem that is impacting on the performance of their bike and not being able to fix it for 3 years. Each manufacturer will be permitted to upgrade one of the following areas in the first year only. ✓ Main fairing ✓ Front fender ✓ Swingarm ✓ Frame ✓ Engine
• The upgraded part must be supplied free of charge to all riders and be available to all at the same time.