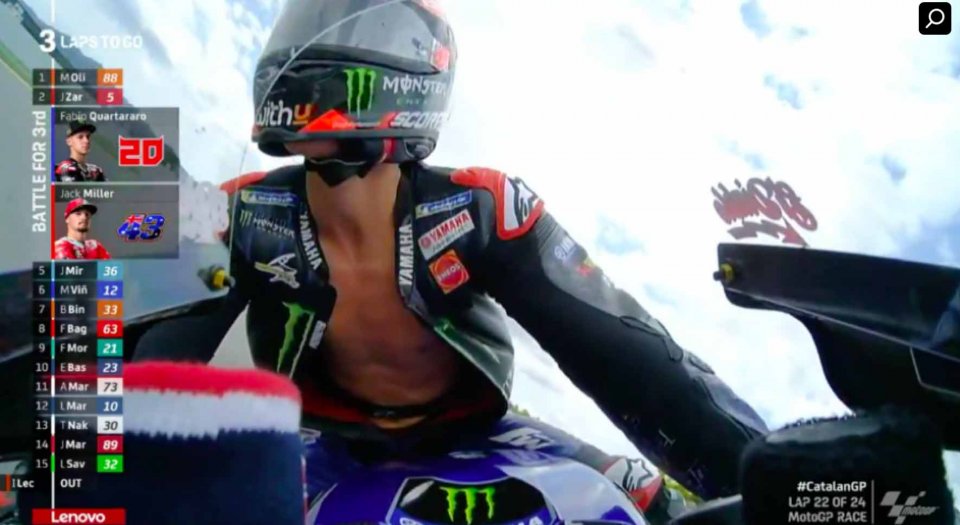 "CWhether or not it was @FabioQ20 taking his zipper down on purpose, I believe that should have been a black flag. At this level you can’t be allowed to race at 350km + with your leathers open".

With this tweet Casey Stoner expressed his opinion on the strange case of Fabio Quartararo's open suit during the last laps of the MotoGP.

The breaking of the zipper, however, of the Alpinestar suit of the Frenchman seems unlikely, since then Fabio has closed it again. Rather, he may have opened it due to the discomfort caused by the chest protector.

In the final part of the race, Quartararo went on the green and suffered a 3 second penalty, which made him lose the lowest step of the podium. 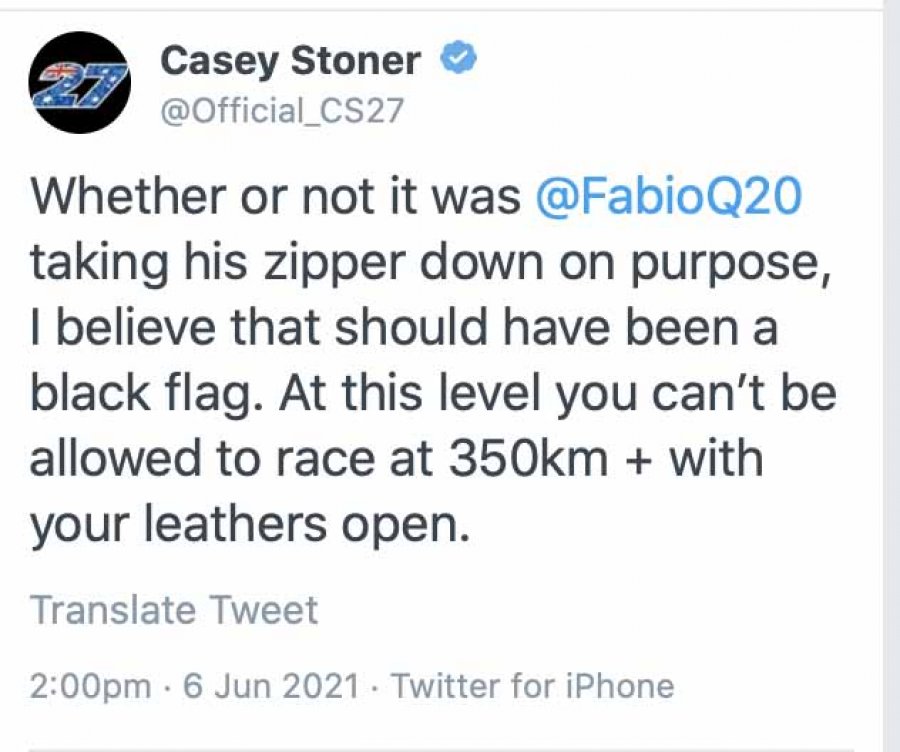