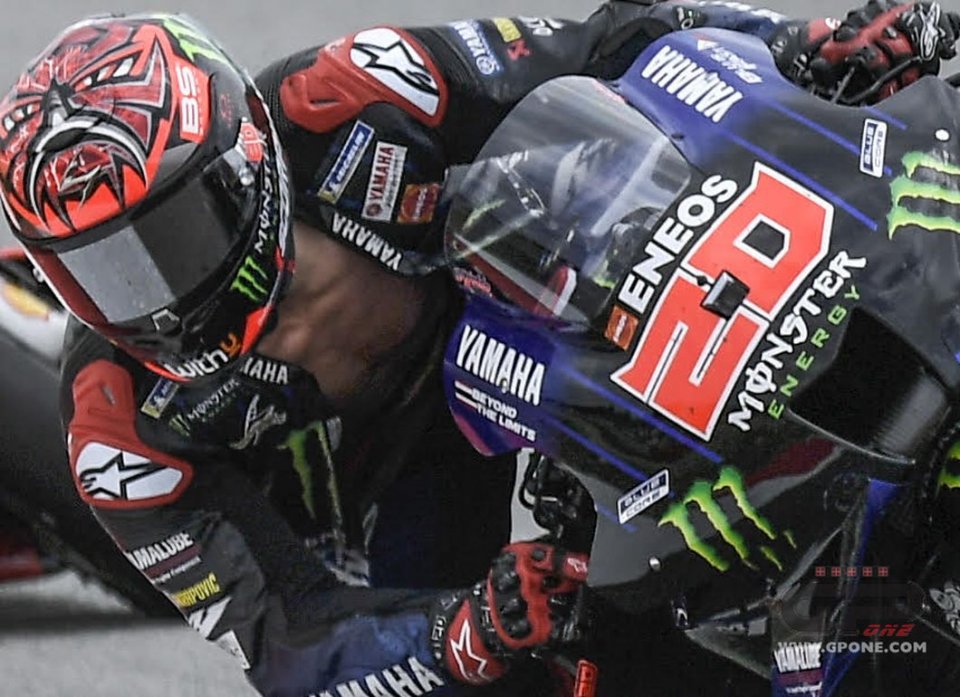 Sometimes, you also need a bit of luck to win, and Quartararo certainly didn’t have any in Barcelona. I don’t think a rider was ever seen speeding at 340 km/h before on a straight with a bare chest. But Fabio can say he did, after a few laps from the end, when the zipper of his suit completely opened.

“I don't know what happened. The only thing I know is that I found the suit completely open at five laps from the end to the first corner, and I tried to close it again,” he explained. “I couldn’t do it, until after the end of the race. Alpinestars is investigating what happened. That’s how it went. It wasn’t my day, and I can be happy with this fourth place.”

The regulation, however, is clear: technical clothing must always be worn correctly, and besides an open suit, Fabio didn’t even have chest protection, which had flown off when he attempted to close his zipper.

“I think I’ve already got a penalty, which I disagree with. Three seconds. So, from third, I passed to fourth, and I think that’s enough. I finished the race safely. There’s no need to talk about it further,”  was the French rider’s piqued response.

But the consequences could have been very serious if he happened to fall.

“I don’t know why the suit opened. That’s all I can say,” he explained. “When you’re in the race, you just try to ride normally, and it’s not easy with your suit open. On the straight, my body moved backwards. It wasn’t easy, but I was thinking of nothing but getting on the podium, which was then taken away from me for the penalty. Those are the rules, but I think it was a bit too much.”

That penalty, however, was imposed for having cut the first chicane. Once this discussion was over, Fabio wanted to talk about his race.

“I didn’t have the sensations I had this morning in the warm up, or of the past few days, and I think all the Yamahas had the same problem,” he said. “Morbidelli was one of the rivals for the win for me, and he finished in back. I didn’t have good sensations with the rear tire. Neither did Vinales. I knew that Oliveira would be strong, and today he improved, while all the Yamahas regressed. I don’t quite understand why.”