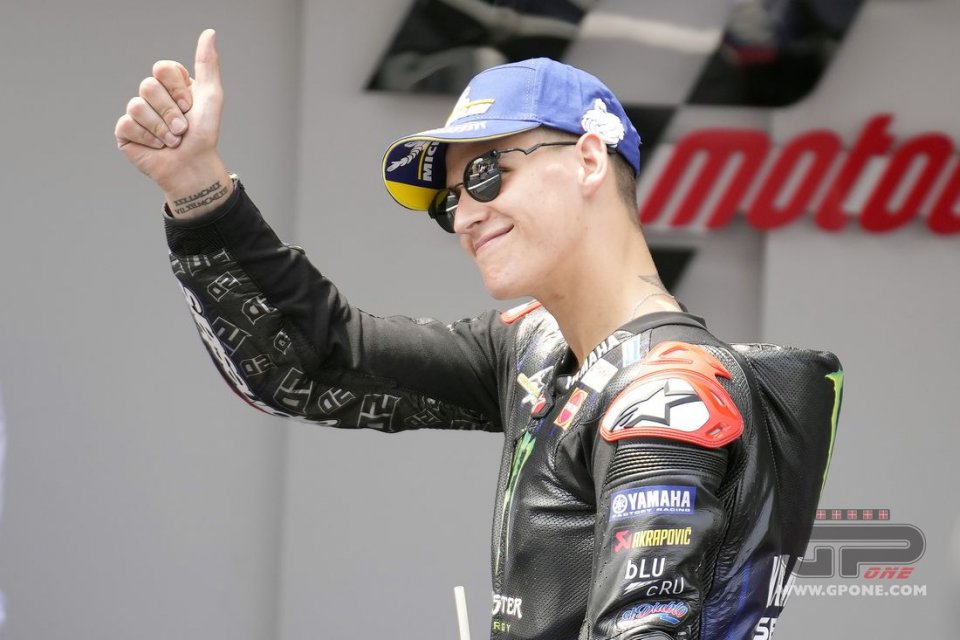 A Yamaha rider has not been able to line up five pole positions without interruption in a while, since Jorge Lorenzo. In Barcelona, Fabio Quartararo has equaled his predecessor and is the most likely to win tomorrow. The French rider seems to have exceeded all his limits and is in a magical moment.

“Have I ever been in this situation? Yes, but many years ago,” he recalled. “In 2014, when I was racing in the CEV in the Moto3, but it’s difficult to make a comparison with MotoGP. Last year, in Jerez, I felt a bit like that too, but it only lasted two races, then I had a lot of ups and downs.”

This is definitely a new Quartararo.

“Besides Jerez, where I had some physical problems, I’ve always felt good since the beginning of the year,” he continued. “I don’t think it’s hard for me to keep my feet on the ground right now, because I know I’m working the right way, both with the team and also physically and mentally, so I don’t have to change anything.”

It’s the stopwatch that gives him all the confirmation he needs.

“I’m really happy, because I feel great with the bike. In qualifying, I could still have removed something on the last lap, but I had yellow flags,” he stressed. “In the FP4, I tried both medium and hard rear tires. I was fast with both, and they gave me similar sensations. It’ll be a difficult choice, but I know they both work well.”

But there could be different conditions tomorrow.

“If it were colder, the choice would be between soft and medium, so it would be equally complicated, “ he said jokingly. “The tires have changed since last year, but they seem more consistent to me. I did twenty-five laps with the medium one, and I was still lapping at 1’40”. It can do the race distance.”

All the riders are keeping their eyes on Quartararo and fear that he hasn’t yet revealed all his cards.

Behind a smile he said, “Looking at my times, I can’t say I have much more! Sunday is race day. You want more and give more, but I wouldn’t say I still have something extra.”

After all, what he demonstrated is more than enough.

Quartararo: “I struggled with the soft, I won’t touch it anymore”